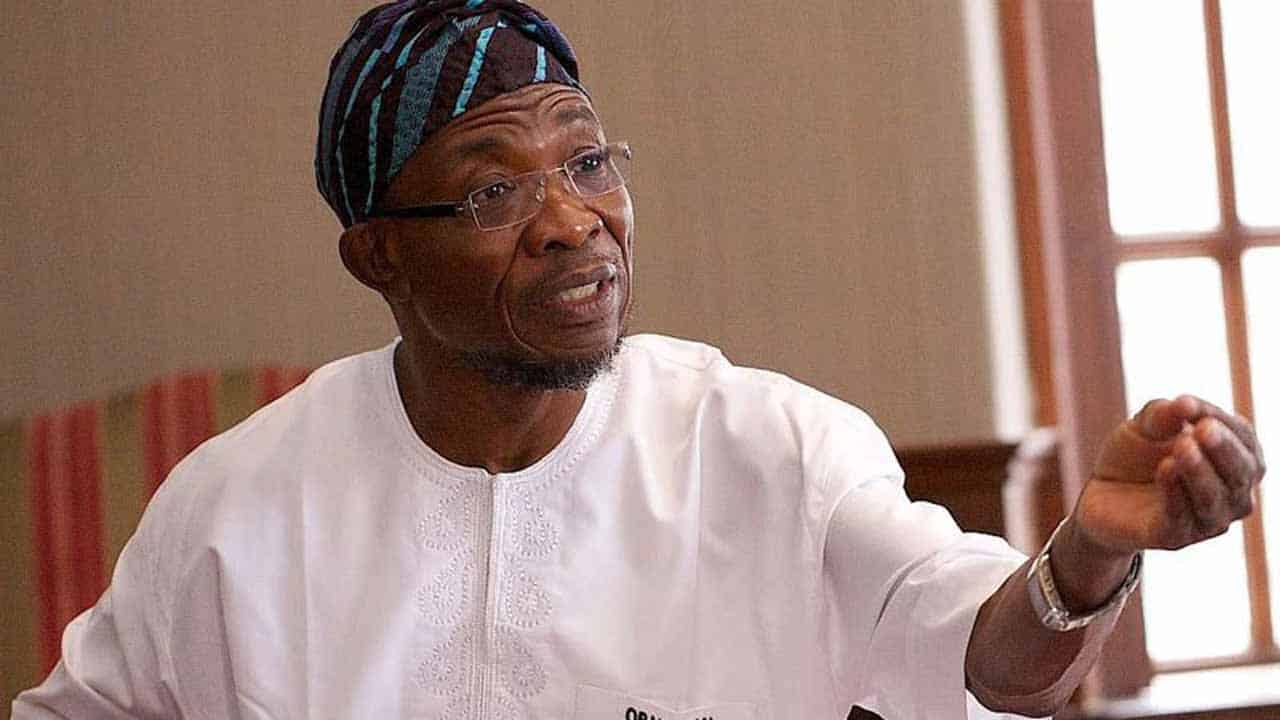 The Minister of Interior, Ogbeni Rauf Aregbesola, has conceded that he has no inkling of the workings of the Ministry to which he was deployed by President Muhammadu Buhari after his inauguration on Wednesday.
Aregbesola said this on Wednesday when he visited the Ministry after his inauguration.
He, however, said he would only assume the reins of the Ministry next Monday.
He said: “My relationship with the ministry is distant.
“What I know about the ministry is what I read in the newspapers.”
The former Osun State Governor, who was accompanied by his successor, Gboyega Oyetola, said the Permanent Secretary of the ministry, Georgina Ehuriah, should continue overseeing its affairs until he formally resumes.
He said: “I will come to take over on Monday.
“I give the Permanent Secretary the grace to run the ministry till then.
“We will be ready by Monday to take on the huge assignment.”