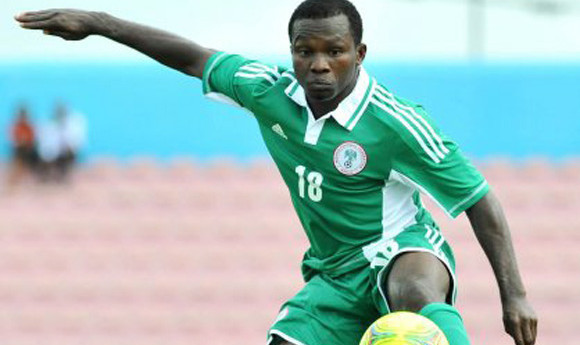 Uzoenyi, CHAN 2014 Most Valuable Player, who will be staging a return to the domestic league and club, last featured in the 2013/2014 season, after stints in South-Africa, Bosnia & Herzegovina and in the 2020/2021 season, featured for Montenegro side, OFK Titograd of Podgoria.

The pint-sized left winger who can also be used from the right, has over fifteen senior international caps for the country and one FIFA world cup appearance.

The player, a member of AFCON 2013 winning team in South Africa and Nigeria’ Super Eagles team to the FIFA World Cup 2014 in Brazil, is expected to bring his experience to help the team achieve its target in the coming season.

Meanwhile, the ‘Flying Antelopes’ has concluded plans to unveil the new players ahead of the fast approaching 2021/2022 football season.

The players that will join the team’ training include; David Chimezie from Warri Wolves; Olawole Stephen from Dakkada; Emeka Obiora from El-Kanemi Warriors; Ikechukwu Julius from Gateway F.C, Samuel Pam who is joining from a Latvian top side; Philip Ogwuche from Jigawa Golden Stars; Moses Effiong from Plateau United and Akintunde Oloyode from M.F.M while efforts are still in top gear to get the services of seven more quality legs and hands.

Owumi said; “We have done what is needed to keep our club on the right path to challenge effectively for a double at the end of the 2021/2022 season. Management and the committee in charge of recruitment did its best to get the players requested by the technical crew and it’s our hope to get more before the start of the season to place the club in a position to challenge for the league and Aiteo cup double.”