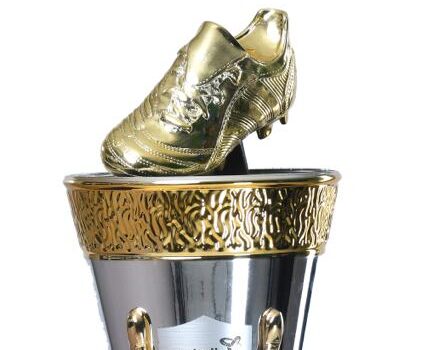 The decision by Eunisell, sponsors of the biggest individual award in Nigerian football, The Eunisell Boot, to reward two players instead of one in this year’s Nigeria Professional Football League leading marksman race, has been hailed by football enthusiasts.
Nasarawa United’s Sunusi Ibrahim and Akwa United’s Mfon Udoh will each be presented with a trophy and a cheque of N2 million for the 10 goals they scored during the 2018/2019 NPFL season at the prestigious event holding in Lagos this Friday.
The Eunisell Boot Award values a goal at N200,000.
Reacting to the gesture, Fred Okoligwe, Media Consultant and Sports Marketer, commended Eunisell for their gesture and continued support of the development of the Nigerian league.
On his part, Olu Banjoko, a domestic league enthusiast, who has been a long-time Rangers International supporter, said the decision by Eunisell to award both hotshots the award is a very welcome development.
“Their (Eunisell) action will not only encourage the players to do more, but more importantly for me, it speaks volumes of the company’s desire to contribute to the development of the local football league. For this I give them kudos,” Banjoko said.
Sam Nnaji, Head of operations, DigitSport said: “It’s laudable. They’re setting the marker and other corporate brands need to get involved. Nigeria will be built by Nigerians.
The NPFL player will thrive on such encouragement. Aside the financial reward, just knowing that your efforts  are appreciated and valued will only cause them to perform better.”
Speaking on the development, Chika Ikenga, Eunisell’s Group Managing Director, stated that the decision to reward both players was taken based on the simple fact that the two players scored the same number of goals.
Ikenga stated further that the rationale behind Eunisell introducing the award in 2018 was three fold.
He said: “First, we set out to help improve the standard of professional football in Nigeria through incentives and awareness; second, to demonstrate to the youth that playing football in the Nigeria professional league is a viable career worth venturing into; and third, to increase spectator interest and support for local teams and players.”
Ikenga added that for the company, the focus of the award is bigger than the prize money.
He said:“It’s about investing in the future of the sport, the clubs, the players and spectators.”