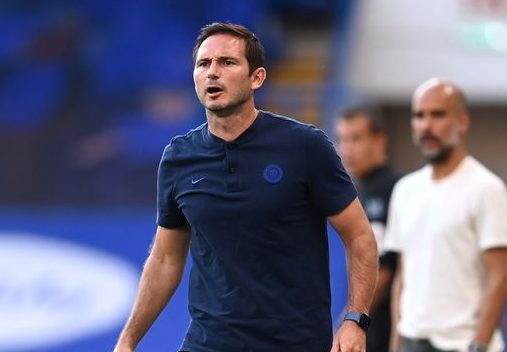 Two giants of the English game kick off 2021 with a bang this afternoon as Chelsea welcome Manchester City to Stamford Bridge for a mouth-watering showdown.

Both teams have accrued 26 points heading into their first match of the New Year, although the visitors do have two games in hand and have enjoyed a far better spell of form than their weekend opponents.

Chelsea’s last match of 2020 saw the Blues held to a 1-1 draw by Aston Villa, while a coronavirus-hit Manchester City last took to the pitch on Boxing Day in their comfortable victory over Newcastle United.

The New Year brings new opportunities for Frank Lampard’s Chelsea, who will be aiming to wipe the slate clean after a spate of underwhelming results over the festive period.

The Blues faithful have only been treated to a solitary win from their side’s last six matches in all competitions, but even then that 3-0 derby victory over West Ham United simply papered over the cracks that have begun to appear at Stamford Bridge.

There is no shame in losing at the home of Everton or Wolverhampton Wanderers, but when you are a Chelsea side with ambitions of Premier League glory after a £200 million summer spending spree, your title credentials will undoubtedly be called into question after back-to-back defeats to European hopefuls.

Lampard’s men deserved nothing from their Boxing Day trip to Arsenal and that is exactly what they got, but welcoming Aston Villa to the fortress of Stamford Bridge represented the perfect opportunity for the Blues to rectify the mistakes they made at the Emirates Stadium.

However, Chelsea once again came up short on their own patch, with Olivier Giroud’s opener – his ninth goal of the season in all competitions – cancelled out by Anwar El Ghazi’s second-half equaliser as Chelsea lost more ground in the title race.

As the only top-half side to have lost three of their last five league matches, the sixth-placed Blues now find themselves seven points behind reigning champions Liverpool and three behind fourth-placed Everton, who take on West Ham, while Manchester United face off against Aston Villa on Friday.

In spite of Chelsea’s recent struggles – and the fact that Kai Havertz and Timo Werner are yet to demonstrate their true qualities – only Liverpool have chalked up more top-flight goals than Chelsea this season, and a win for the Blues would see them extend their unbeaten streak at home to 12 matches in all competitions.

Depending on results elsewhere, Chelsea could potentially break back into the top four with a 27th Premier League victory against Man City, who are the latest top-flight club to have been affected by a cluster of COVID-19 cases during the festive season.

There is never a good time to be hit with a coronavirus outbreak, but Manchester City were starting to mount a genuine title charge before Kyle Walker and Gabriel Jesus both tested positive for COVID-19.

The absences of Walker and Jesus did not affect City’s Boxing Day clash with Newcastle – in which Ilkay Gundogan and Ferran Torres both found the back of the net in a comfortable victory – but following several new cases their proposed midweek clash with Everton had to be called off.

Today’s enticing showdown with Chelsea was thrust into the realms of uncertainty after news of the outbreak broke, but City’s first game of 2021 is expected to go ahead as planned as they endeavour to stretch their winning run across all competitions to four matches.

While Chelsea have had no problems finding the back of the net this season, goals have not exactly been Man City’s forte. With Sergio Aguero and Jesus both struggling with various ailments, Pep Guardiola’s men have struck just 21 times in the league this term – the fewest out of any side in the top half.

However, the Citizens’ prowess at the other end of the pitch is evident since Ruben Dias was brought in from Benfica. The ever-present centre-back has made an immediate impact in a City rearguard which has shipped just 12 top-flight goals all season – the fewest in the league – and the resurgence of John Stones has been yet another shining light for Guardiola this term.

A relatively slow start to the campaign means that City currently occupy eighth spot in the table, but if Guardiola’s men continue in the same vein of form as they have done over the past few weeks, the likes of Liverpool and Manchester United will certainly begin to look over their shoulder.

The four-time Premier League champions’ comfortable 2-0 win over Newcastle on Boxing Day stretched their unbeaten run across all competitions to 10 matches since November’s defeat to Tottenham Hotspur, and should the visitors pick up all three points here, they will have won three games on the bounce in the top flight for the first time this season.

For that to occur, Guardiola will be desperate to have Aguero fit and ready to spearhead the Citizens’ attack. The prolific Argentine has enjoyed unprecedented success in front of goal against Chelsea with 15 strikes to his name – only Newcastle’s defence has been breached by him on the same number of occasions.