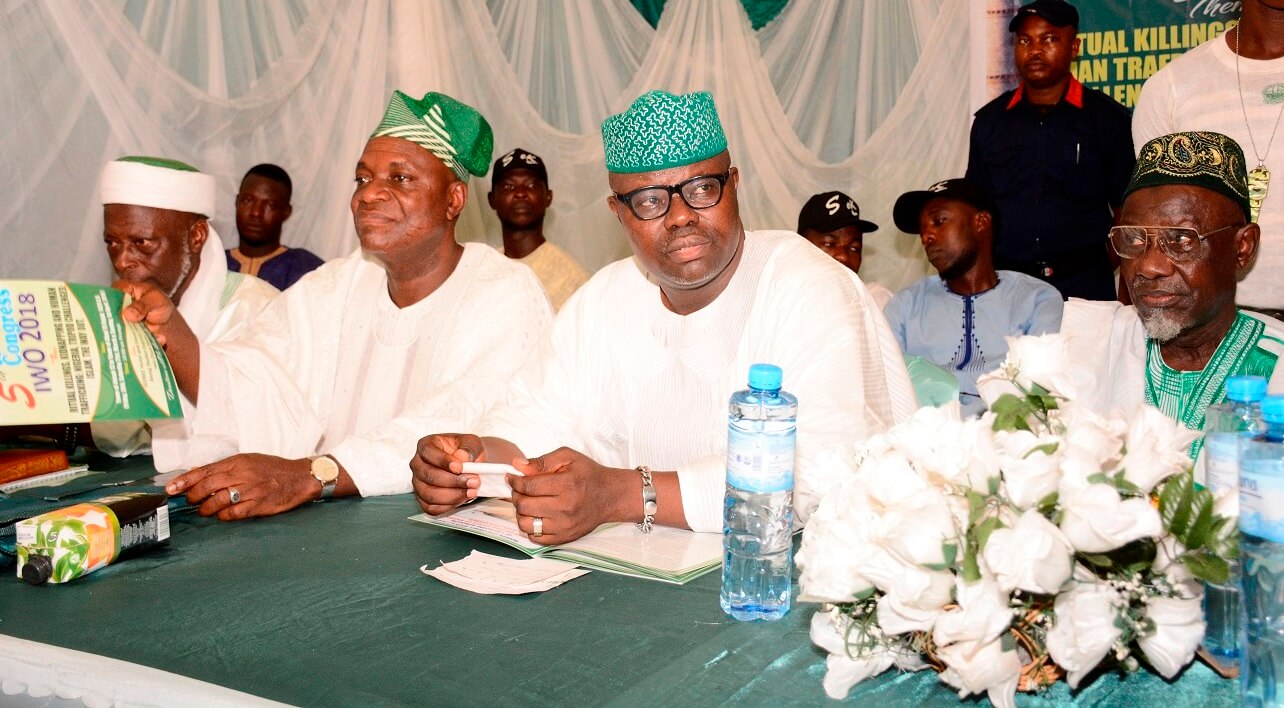 Stakeholders in Osun State,, including religious organisations have been urged to support the Rauf Aregbesola administration in its bid to fully overhaul the education sector in the state.
The Special Adviser, Ministry of Information and Strategy, Semiu Okanlawon, said at the weekend that in seven years of the Aregbesola administration, it has been proved that so much can still be done with so little.
Okanlawon, who was the chairman at the triennial congress of the Ansar-ud-deen Society of Nigeria, Osun State branch, held in Iwo between Friday and Sunday, said Aregbesola’s government’s vision in education tallied well with the mission of the Islamic society, which he noted began as a movement to give Muslims quality education without surrendering their faith.
He said with education as the first basic reason for the formation of the society 95 years ago, it is incumbent on the society to support a government that gives its all to the promotion of education and advancement of knowledge.
Okanlawon said: “As a religious body that had promoted education over the decades, we must not fail to remind ourselves of the critical need to join hands with the present administration of Ogbeni Rauf Adesoji Aregbesola, in its manifest mission to transform education in the state.
“Though it is still an ongoing project, this government has constructed new schools and refurbished many others. It is gratifying to note that the second Elementary School to be commissioned in this state was the Ansar-deen Elementary Government School, Isale Osun, Osogbo. As we must all be aware, the state has gone ahead to complete schools such as Ansarrudeen Elementary School, Sabo, Osogbo, Ansardeen Middle School, Odoori Iwo among others.”
Okanlawon said at no time in the history of the state has any government been so determined to change the face of education.
He said the reform is not limited to the provision of physical infrastructure alone but a comprehensive efforts at changing the orientation of the teaching staff and motivating them towards achieving better results.
He said: “To date, this government has completed Wole Soyinka Government High School, Ejigbo, Adventist Government High School, Ede, Osogbo Government High School, Osogbo, Ataoja Government High School, Osogbo, Fakunle/Unity Government High School, Osogbo, Ilesa Government High School, Ilesa while similar projects are nearing completion in Iwo, Ikirun, Ila, Ile-Ife and Ikire.
“These are in addition to over 40 Middle Schools and about 45 Elementary Schools already completed and put to use. There are many others at different stages of completion.”
Okanlawon said the achievements in education and other sectors become much more appreciable given the indigent nature of Osun State.
He said: “Had Aregbesola had so much money to play around with, perhaps, this would not have been too much a feat. But in a state as cash-strapped as we are, you would agree with me that this is a feat of immeasurable proportion. We are also grateful to God that the gains of these revolutionary transformations are manifest in the results of external examinations where our students take part.
“Today, Osun which used to produce less than 5 per cent matriculable students after yearly examinations has remained consistently among the top three states in Nigeria in the Joint Admission Matriculation Board examinations in the last three years. Effectively by the year 2017, Osun had achieved a percentage improvement of at least 46 per cent in WAEC results when you compare the results of the years before the advent of the Aregbesola administration.”