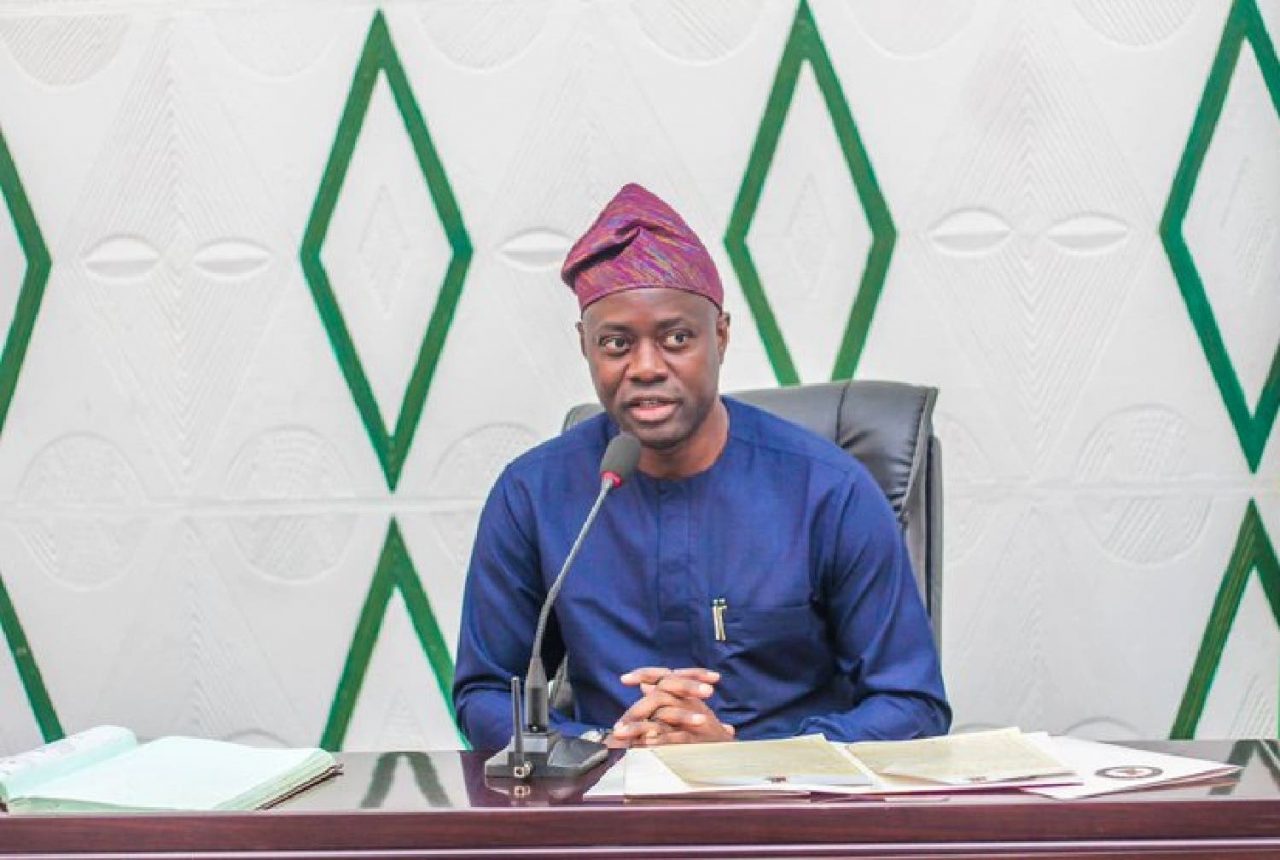 Governor Seyi Makinde of Oyo State, on Monday, presented a N266.64 billion Appropriation Bill for the 2021 fiscal year to the state House of Assembly.

The News Agency of Nigeria reports that the budget proposal showed a 53.16 per cent increase over the revised 2020 budget.

Makinde said that the aspiration of his administration was to have a budget in which the capital expenditure would be higher than the recurrent expenditure to enhance more development.

NAN further reports that education led the sectoral allocation with N56,348,375,635.55, representing 21 per cent of the total budget and an increase of about N12 billion over last year’s budget.

The governor emphasised that the tenets of the country’s Fiscal Sustainability Plan and other development aspirations were used as guide in the preparation of the budget.

Makinde, who said that his administration had remained bullish in its approach to developing the state, said that it had made significant progress in the actualisation of its plans for the state.

“We have been able to lower our infrastructural deficit, make improvements in healthcare delivery, improve the quality of education and achieve milestones in our security systems,” he said.

The governor recalled that he had stated in his 2020 budget presentation that from January 2020, the state would be recording monthly internally-generated revenue  of N3 billion, adding “I am happy to report that despite the effects of the COVID-19 pandemic on the economy, we were just less than N200 million shy of our monthly target.

“As at September, we had recorded an IGR of N25.6 billion. And using the half-year figures, that represented a 26.4 per cent increase in IGR year-on-year.

“Oyo State’s IGR is presently about 32 per cent of actual aggregate revenue.

“We still have not achieved a total dependence on the state’s income outside of the federal allocation to fund the budget. Slowly, but surely, we are getting there.

He commended the state legislature for its support, noting that the successes recorded so far by his administration were due to their continuous support for government’s fiscal policies.

“It is my prayer that you give our proposal the usual consideration in a timely manner so that implementation can commence and our state will continue on the path to accelerated development,” Makinde said.

In his remarks, the Speaker, Debo Ogundoyin, assured the governor of the lawmakers’ readiness to deliberate and give speedy passage to the budget proposal.

“The onus now lies on us to thoroughly scrutinise the bill and give it accelerated passage.

“We both hope and pray that this budget, in its execution, shall enhance and improve the quality of lives of the people of Oyo State and heralding peace and prosperity in the next fiscal year,” he said.

NAN reports that some traditional rulers in the state, including the Alaafin of Oyo, Oba Lamidi Adeyemi, the Olubadan of Ibadan, Oba Saliu Adetunji and the Aseyin of Iseyin, Oba AbdulGaniyu Adekunle, witnessed the budget presentation.