by The Eagle Online
in News
3 min read
0

Obaseki’s claim on printing of N60b is false, says Minister

Is Nigeria in trouble?, by Gidado Y. Shuaib

The Lagos branch of Edo College old boys Association has presented 19 prizes and awards to deserving students and teachers of Edo College, Benin City at the 2019 graduation and prize giving ceremony of the institution.
Speaking at the graduation ceremony for 143 students, the Chairman of the occasion, Isaac Ehiozuwa, who is the Edo State Head of Service, commended the staff of the school for maintaining its excellent standard.
According to the Head of Service, who was represented by Edwin Oaikhena Edionweme, the Director of Administration and Supplies, a lot has been done by the school authorities, but a lot still need to be done.

Ehiozuwa advised the staff to continue to ensure that the right discipline is inculcated in the students, which would bring joy to every parent.
He said: “We are all aware of the steps the Edo State Governor, Mr. Godwin Obaseki, has been taking in the education sector.
“It is therefore good to key into the mission and vision of this administration.”
The National President of ECOBA, Dr. Reuben Osahon, who thanked the old boys of the school for their numerous contributions to the development of their Alma-Mata, enjoined the new graduands to find the nearest branch wherever they find themselves and join the association.
Osahon said: “The law states that after two years of graduation from the school without being expelled you are qualified.
“If you have benefited from the institution, it is your responsibility to contribute your quota to the development of the school that is 82 years old.”
During the presentation of prizes and awards from the Lagos branch, the ECOBA National President gave the Best Mathematics SS3 student award to Efosa Illoware Eghenayamose, sponsored by Senator David Dafinone Foundation; Best English Language SS3 award sponsored by Sunday Airrue Uaboi to Odiase O. Micheal; Best SS3 Economics award sponsored by Senator David Dafinone Foundation to Elaigwu Augustine Ugbede-Ojo; Best Accounts SS3 award sponsored by Senator David Dafinone Foundation to Izekor Jefferson; and the best SS3 Physics award sponsored by Engr. Edward E. Iyamu to Emina Attah Emeka.
The Benin Branch Chairman, Peter Oibor, made the presentation to the Best Fine Arts SS3 award sponsored by Michael I. Omo Osagie to Elaigwu Augustine Ugbede-Ojo; Best Agric Science SS3 award sponsored by Osazenaye Osarenkhoe to Ofuase Kikachukwu Oluwatimilehin; Best Biology SS3 award sponsored by Hilda Gregory (aka Edede Edo College) to Oghagbon Osasenaga; Best Geography SS3 award sponsored by Omaha Endowment Fund to Ikilo Eghosasere Evidence; and Best Sport Person SS3 award sponsored by Uyi Akpata to Israel Edosomwan.
Other awards presented by the ECOBA Benin branch Chairman were the Best Mathematics SS2 award sponsored by AVM Joe Ehigie (retd) to Iyase Eghosa; Best Athletics SS2 award sponsored by Madam Ofure Akpata to Egharevba Blossom; Best Mathematics JS3 award sponsored by Godwin Ize-Iyamu to Agas Eseoghene David; Best English Language JS3 award sponsored by Omokhuwe Alegeh to Aiwehoe Osayuki Gabriel; Best French JS3 award sponsored by Ambassador Vincent Okobi went to Abiodun-Mudasiru Moyosola Marcel; while Best JS1 French Class award went to JS1c; and Best teacher in Geography award sponsored by Omaha Endowment Fund went to Aghedo B.O.
Other awards presented by the representative of the Head of Service included the outstanding teacher in English to Theresa Ehigie; Best N-Power outstanding award to Evance Erhabor.
The Principal of the school, Samuel Ogbebor, also presented the Principal’s Award to ECOBA for their contribution to the overall development of Edo College.
Ogbebor said: “The laudable contributions of ECOBA to the overall development of Edo College cannot be over-emphasized.
“The old boys have played key roles in activating the core values of the college, its physical environment inclusive, management is extremely grateful to the class set of 92 that built and commissioned a basketball court.
“By so doing, they have revived the spirit of sportsmanship amongst students.” 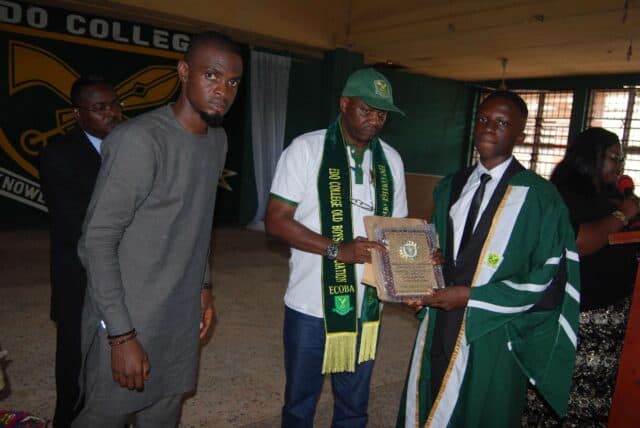 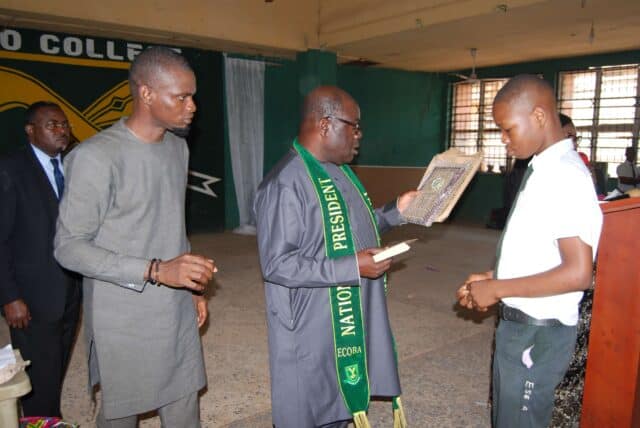 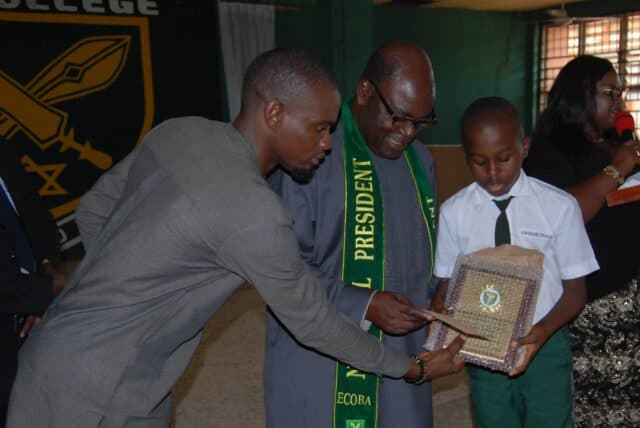 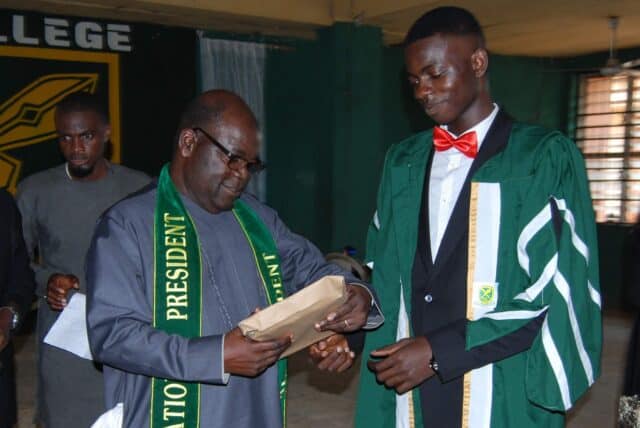 Obaseki’s claim on printing of N60b is false, says Minister

Is Nigeria in trouble?, by Gidado Y. Shuaib