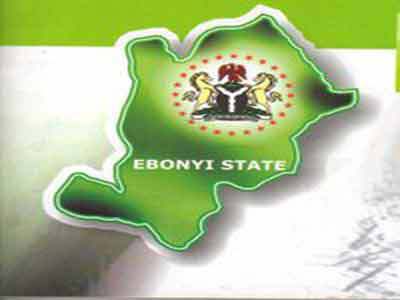 The Ebonyi Government has condemned reports and insinuations that the communal crisis that engulfed communities in Ikwo and Izzi local government areas of the state are politically motivated.
The state Commissioner for Information and Orientation, Senator Emmanuel Onwe, told newsmen on Wednesday in Abakaliki that such reports and insinuations were “disgraceful”.
Onwe said: “The remarks do not befit such individuals as it is unbelievable that anybody can benefit from such crisis that engulfed the two clans.
“The media should not inflame such utterances in their reportage because when I was an undergraduate in London, I visited Rwanda with the firm I worked with.
“We visited Rwanda in the thick of the horrendous ethnic cleansing where more 750,000 were slaughtered in one weekend.
“Ethnic and clannish human beings went on radio to hype a misunderstanding between two tribes as the mountain of skeletons and skulls were there for all to see.”
He noted that all security reports concerning the crisis suggested that they had nothing to do with politics.
He said: “Individuals should not use such as a political tool and journalists should be disciplined in their reportage not to unwittingly instigate violence that we don’t know whom it will consume.”
The commissioner noted that the consequences of the crisis had been tragic and that the State Government had taken proactive measures to permanently check the occurrences.
Onwe said: “The Ekpomaka and Inyimegu crisis for instance, witnessed the killing of a soldier when some people from Inyimegu, descended on Ekpomaka community.
“The security apparatus have been alert to the situation and it is heartwarming that no further hostilities have been recorded, since then.
“The governor has paid special tributes to Ekpomaka community for not taking retaliatory measures and obeying government’s directive to maintain cessation of hostilities.
“This cessation would last till the enumeration of all the destroyed properties and those killed in the crisis and government would step in to offer a measure of compensation and succor.”
He said the state government had set up various committees headed by Rev. Fr Abraham Nwali to investigate and bring all the hostilities to a permanent control.

The News Agency of Nigeria reports that Ekpomaka and Inyemagu communities of Ikwo local government areas, including Enyigba and Noyo Echilakie commuities of Abakaliki and Ikwo local government areas are engaged in communal clashes over land disputes.
The crisis has left several people dead with property worth millions of Naira destroyed in all the warring communities.
The state government in collaboration with security agencies, has, however, quelled the crisis.