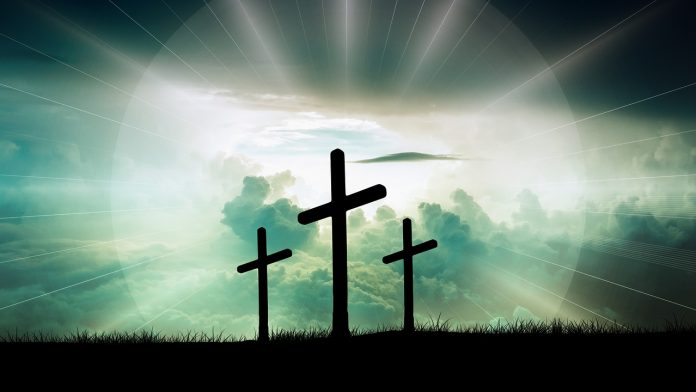 Dr Dakuku Peterside, the Director-General, Nigerian Maritime Administration and Safety Agency, has urged Rivers people and Nigerians to exhibit courage, selflessness and generosity as Christians celebrate Easter.
He made the call in an Easter message in Port Harcourt on Saturday.
He said Easter was a time for sober reflection as it was the celebration of the death and resurrection of Jesus Christ which exemplified courage, perseverance, pain and triumph over the most difficult challenges.
He said: “Jesus Christ as the only Son of God could have used his position and powers to avert his betrayal and eventual crucifixion despite being aware.
“He, however, chose to lay down his life to prove triumph over death and the redemption of mankind.’’
Peterside commended Christians in the state for their steadfastness, prayers and cooperation for making sure that governments at various levels kept to their promises.
According to him, Christians must continue to be prayerful and look unto God to raise leaders that will bring good to all parts of the state.
He added: “The period of Easter is also a season for friendship, forgiveness, love and rededication to the ideals of Christianity.
“As Christians, the significance of the season must not be lost on us, we must do things that promote peace, progress and development of humanity.’’
The NIMASA boss also thanked Nigerians for supporting the President Muhammadu Buhari-led Federal Government “that had been working painstakingly to right the wrongs of the past and put the country on a sure footing”.
Dr Victor Oye, the National Chairman of All Progressive Grand Alliance had also urged Nigerians to use the Easter period to reflect on their lives and seek the face of God.
Oye in his Easter message in Awka on Saturday urged politicians on whose shoulders the future of this country lied to promote patriotism and love in accordance with the teachings of Christ.
He said Easter was for sober reflection as it provided the opportunity for all to rededicate themselves to God and imbibe lessons of the season.
He added that “this year’s Easter demands rededication of oneself to God and the nation for expiation of our sins”.
Oye said: “We must shun divisive tendencies occasioned by differences in religions, cultures, political parties and tribes.
“We cannot grow as a nation if we failed to assimilate and put into practice the lessons we learned during Lent, culminating in the crucifixion of Jesus Christ for the sanctification and salvation of mankind.
“This is an opportunity for all to make amends and lead upright and decent life for the good of our fellow countrymen and women.’’
Oye challenged Nigerians to uphold the principles and beliefs of the founders of the country by ensuring the tenets of democracy were protected.
Governor Ifeanyi Ugwuanyi of Enugu State also urged residents of the state to remain committed to virtues that promote peace, unity and progress.
Ugwuanyi gave the advice in his Easter message on Saturday in Enugu.
He reiterated his administration’s resolve to continue to serve with the fear of God, in keeping with his firm belief that “Enugu State is in the hands of God’’.
Ugwuanyi said: “The 40 days of fasting, praying and charity, which reinvigorated the spiritual strength of Christians to gain salvation and receive the amazing grace of God call for celebration and sustained faith in God.
“As Christians celebrate Easter to mark the resurrection of Jesus Christ for the salvation of mankind, I felicitates with the good people of the state, Christian faithful and indeed all Nigerians for their abiding faith in God.’’