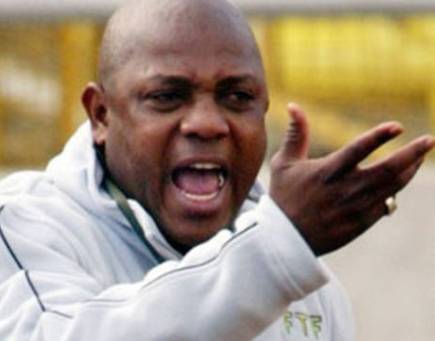 The Super Eagles handler, Stephen Okechukwu Keshi, has picked Academia de Coimbra of Portugal wing striker, John Ogu, as the player that surprised him in Super Eagles’ Saturday’s friendly match against the El Tri of Mexico that ended 2-2 score draw.
Keshi disclosed this to The Eagle Online at 7pm Nigerian time on Saturday before leading his team back to their camp in Germany.
He showered encomiums on the overall performance of the team in the match.
Keshi disclosed: “I would say John Ogu thrilled me with his overall performance in the match against Mexico.
“Although I expected him to play well but I didn’t know that he would even give more than 100 per cent efforts in the match.
“He can only get better if he continues to work hard with the other players in the team.”
Keshi also praised the team generally.
He said: “The boys played well and I am happy with their performance in the game.
“We will go back to our camp in Germany and work on the lapses discovered in this match.
“You know that we played this match as a tune up for the important 2014 World Cup qualifier that we will play against Kenya in Nairobi this coming Saturday.
“So I am okay with what I have seen in the match.”