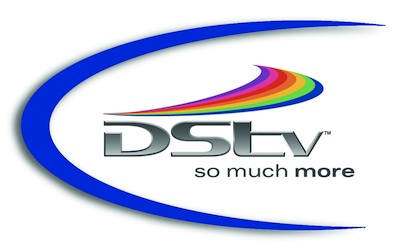 Share
Facebook Twitter LinkedIn Pinterest Email
DStv has announced plans to broadcast live the 2016 Euro tournament taking place in France and the 2016 Olympic Games in Rio, Brazil.
For the duration of both tournaments, Euro 2016 will be available on SS11 (channel 231) and SS 12 (channel 232), while the Olympics will have seven dedicated channels to broadcast all the actions live.
The SuperSport studios will also provide highlights and analyses of the tournaments by experts such as J. J. Okocha, Victor Ikpeba and Benny McCarthy, among several others.
In addition, DStv is offering the HD Zapper decoder at N9,900 to subscribers as well as prospective customers.
This offer is effective May 27, 2016.
Felix Awogu, General Manager of SuperSport, while making these announcements in Lagos, said: “SuperSport has always been associated with quality and we pledge to always deliver world-class content to our subscribers. In furtherance to this tradition, we will be bringing the Euro and Rio 2016 tournaments live to the living rooms of subscribers, entertaining them with the blow-by-blow actions of all the matches.”
The highpoint of the event was the announcement of the price reduction of the full unit of the HD Zapper decoder, which comes with a one month free subscription, at N9,900. “This is the lowest we have given our subscribers in the last 15 years,” said Martin Mabutho, General Manager, Marketing, Multichoice Nigeria.
“The offer will take effect from Friday May 27 and will last for the duration of the Euro 2016 tournament, after which it will revert to its original price,” Mabutho added.
For the Rio 2016 Olympics, Mabutho said seven SuperSport channels have been dedicated to broadcast all the sporting actions and other interesting content.
The tournament will be available to subscribers on SS12, SS5 and SS7, including GOtv subscribers.
Aside the price slash, subscribers stand the chance of winning prizes on MultChoice’s social media platforms by participating in the “Predict and Win” competition.
According to Chioma Afe, Marketing Manager of DStv: “A road show will be embarked upon to shopping malls and other locations to enable our esteemed subscribers predict match outcomes and win for themselves amazing prizes. Live updates can be viewed on superssport.com as well as live streaming of matches on DStv online platforms.”
The DStv HD Zapper decoder is one of the newest additions to the robust line of DStv products.
It is fully HD, supporting 720p and 1080i HD standards. Other features include multiple content search options, extra view, 24 hour i-Plate, TV guide, among many others.
DSTV Euro 2016 Rio 2016
Share. Facebook Twitter Pinterest LinkedIn Tumblr Email