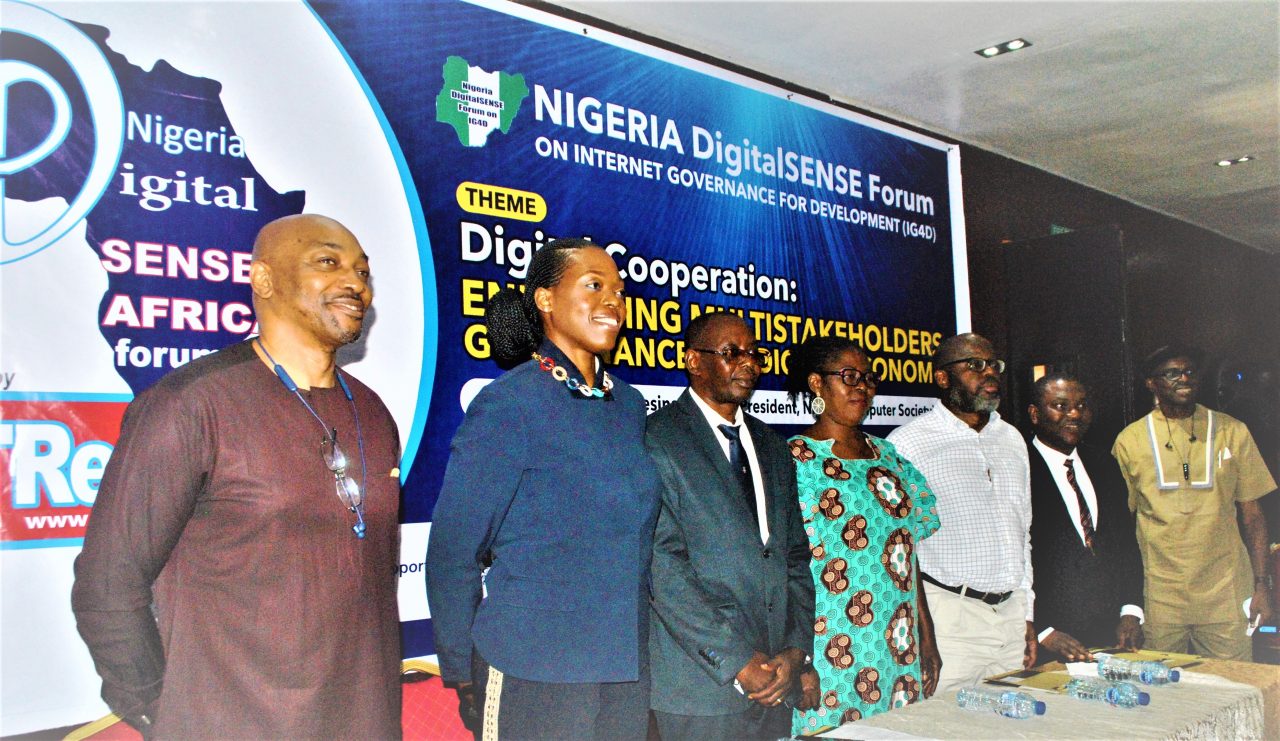 The Executive Director, Operations, at DigitalSENSE Africa, Mrs. Nkem Nweke, has applauded the recent Memorandum of Understanding (MoU) between the Nigerian Communications Commission (NCC) and the Nigeria Communications Satellite (NigComSAT), saying it paves the way for digital cooperation, especially on frequency spectrum management for the forthcoming fifth generation networks (5G).

DigitalSENSE Africa is a project of ITREALMS Media group, and accredited as an At-Large Structure (ALS) of the Internet Corporation for Assigned Names and Numbers (ICANN).

Welcoming participants at the 12th edition of the Nigeria DigitalSENSE Forum series on Internet Governance for Development (IG4D) with the theme: ‘Digital Cooperation: Enhancing Multistakeholder Governance for Digital Economy’, held at the Golden Tulip Essential Hotel, Lagos, Mrs. Nweke noted that the theme was specifically chosen to focus attention on the role of Internet Governance in driving digital cooperation to boost governance in a digital economy.

She pointed out that the telecom regulator, the Nigerian Communications Commission (NCC) and Nigeria Communications Satellite (NigComSAT) recently entered a deal with the signing of an MoU as part of digital cooperation in anticipation for the Fifth Generation (5G) network in the country.

She quoted the Executive Vice Chairman, NCC, Professor Umar Garba Danbatta at the ceremony, as saying that the MoU would facilitate the release of contiguous bandwidth in one of the most suitable Frequency Spectrum band(s) for early deployment of Fifth Generation Network (5G) services.

The Frequency Spectrum bands allocated to 5G by the International Telecommunications Union (ITU) includes the C-band (3.4GHz – 3.9GHz) which stands out because its balancing point between coverage and capacity provides the perfect environment for 5G connectivity.

This, she considered worthy of celebration for what most industry stakeholders tagged ‘5G Marriage.’

Also, she noted that recently, DigitalSENSE Africa in continuous advocacy engagement joined forces in expressing support on “open, interconnected and interoperable Internet by appending our signature to this call.”

She emphasised that the open, interconnected and interoperable Internet is increasingly under threat, and stressed that technical, legislative and policy developments have furthered the risk that the Internet fragments into siloed parts.

These developments, Mrs Nweke noted, include bans or restrictions on international data flows; techno-protectionist initiatives, interference with free expression, privacy, and/or encryption; and Internet shutdowns – among other hazards.

She maintained that “these developments may pose a threat to the open, interconnected and interoperable Internet, along with its associated benefits to social and economic development, while also harming human rights.”

She expressed excitement that this achievement and MoU came at a time when a female Managing Director of NigComSAT, Dr. Abimbola Alale is in office.