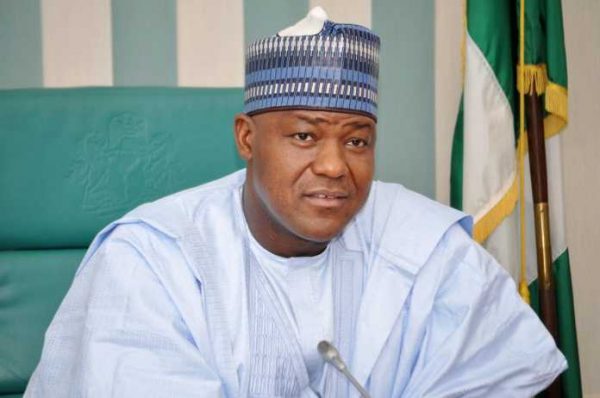 Speaker of the House of Representatives, Yakubu Dogara, has directed the Chairman, House Committee on Rules and Business, Hon. Edward Pwajok, to find out what has become of the ad hoc committee investigating the Growth and Employment Project.
The project, according to the speaker, has not been fully implemented since 2013.
Also to join Pwajok in finding out what happened to the project is the acting Clerk of the House, Patrick Giwa.
The Speaker’s directive was sequel to a motion of privilege at Tuesday’s plenary by Hon. Mark Terseer Gbillah.
Gbilah raised concerns over the inability of the joint committee to deliver on its mandate.
Some lawmakers had on Monday in media reports raised alarm over alleged plans by the Minister of Finance and Ministry of Industry, Trade and Investment, to return the unspent 100 million dollars to the World Bank.

According to the report, the Minister of Industry, Trade and Investment Chief Emeka Enelamah is to return the money meant for the GEM project, following failures to implement it since 2013.
Coming under matters of privilege, Gbillah submitted that his privilege was breached by the report carried by some papers considering the fact that he was the sponsor of the motion that led to the constitution of the ad hoc committee.
He reminded the Speaker that according to the House standing rules, any committee that fails to conclude on a referral after six months must be relieve of the referral which should be reassigned to another committee.
He said: “It is hoped that the provision of the House rules will be upheld in the light of the impending return of the fund to the World Bank in March 2019.”
While ruling on the matter, Dogara directed the clerk and chairman of rules and business committee to look into the matter and advise the House on the next move.
NAN reports that the GEM is an employment project financed by the World Bank and the UK Department For International Development with an initial loan of 160 million dollars from World Bank and 890 million pounds grant from Britain.
The GEM project, which was approved by the National Assembly in 2013, was to run for a period of five years from 2013 to 2018 and 4000 Small, Medium Enterprises were to benefit from it, but the Ministry of Industry, Trade and Investment made attempts to convert it to a Small and Medium Enterprises Fund, where only 25 companies would benefit from it.