DFB probe Reus after sitting on touchline despite ban 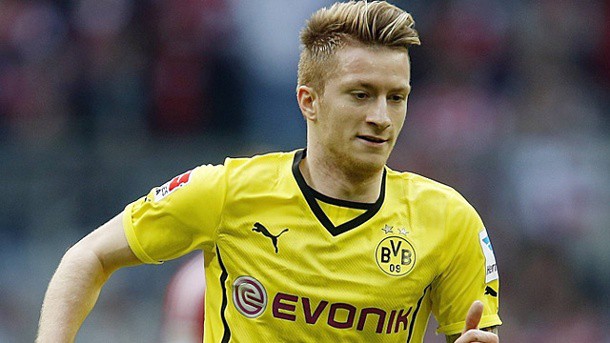 Borussia Dortmund captain Marco Reus could be charged by the German football federation after he sat on the touchline while serving a suspension.
A DFB spokesman confirmed several German media reports that Reus was being investigated after he sat next to the Dortmund substitutes’ bench during his side’s 2-2 draw at Werder Bremen.
Reus is serving a two-match ban after being shown a red card in last week’s 4-2 defeat at home to Schalke 04.
The regulations prohibit a player under suspension from sitting on the substitutes’ bench, which is also reserved for technical and medical staff.
The DFB has asked Dortmund and Reus for a statement.