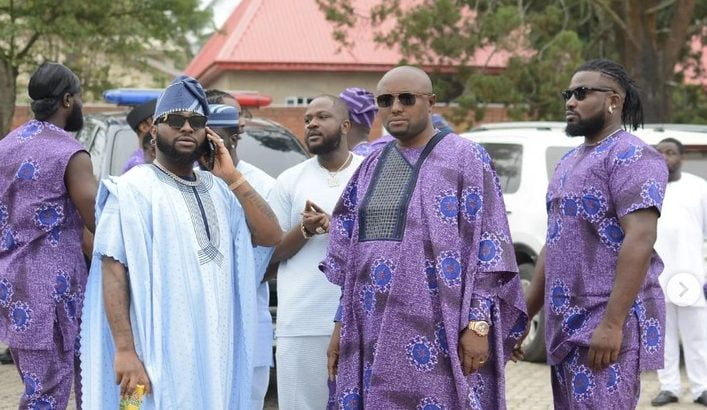 Singer, Davido made his first public appearance on Sunday morning November 27, since the demise of his son Ifeanyi Adeleke, who recently passed on.

Ifeanyi, Davido’s first son, reportedly drowned in a swimming pool at his father’s residence in the Banana Island area of Lagos State.

In a bid to revive him, the three-year-old victim, after being pulled out of the swimming pool, was reportedly rushed to a hospital in the Lekki area of the state, where he was confirmed dead by one of the doctors on duty.

Davido joined his family and friends as they prepared for the inauguration of his uncle, Ademola Adeleke, as the next governor of Osun state.