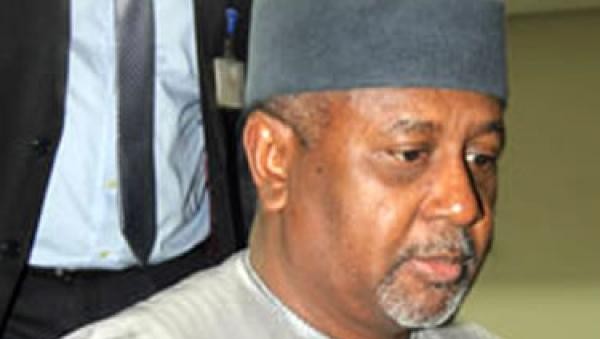 A former National Security Adviser during the Goodluck Jonathan Administration, Colonel Sambo Dasuki (retd), has berated the Federal Government over his continued detention and disobedience to various court orders that admitted him on bails.
Dasuki in a strongly worded letter he personally signed and addressed to the Registrar of the Federal High Court, Abuja, vowed to boycott any proceeding for his trial since the Federal Government has proved beyond reasonable doubt that it would not obey any order of the court even if it is in his favour.
Dasuki had previously perfected bails granted him by five different judges of high courts, including Justices Ademola Adeniyi, Ahmed Mohammed and Ijeoma Ojukwu of the Abuja Federal High Court, and Justice Hussein Baba-Yusuf and Justice Peter Affen of the FCT High Courts.
The ECOWAS Court of Justice also ordered his immediate release from detention.
In the letter dated November 12, 2018, the ex-NSA recalled several court judgements that ordered his release from detention since December 2015, which were not obeyed and other decisions that admitted him to bail but also refused by the administration of President Muhammadu Buhari.
In the letter, Dasuki said: “Prevailing circumstances have prompted me to write this letter to the court, the hope of every Nigerian citizens. Unfortunately, it seems to me that the current administration has so much interference with the judicial system, such that it has become practically impossible for the Court to maintain her independence, the administration of justice. My plight is of common Knowledge.”
Recalling how Buhari’s government refused to obey several court orders, Dasuki said he had to approach another court for the enforcement of his fundamental human right.
Dasuki said: “After the Federal Government failed to comply with all the bail orders and judgement of the ECOWAS Court, I further approached the Federal High Court for the enforcement of my fundamental human right. In a judgment delivered by Hon. Justice Ijeoma Ojukwu on July 2, 2018, the court found that my right had been breached and accordingly ordered my release from detention. The conditions whereof the court admitted me to bail have been met, but I have still not been released from custody.
“I am very much apprehensive about the President’s (Buhari) statement, in that my rights will continually be violated and that no order for my release will be honoured by the Federal Government of Nigeria or any of its agencies.
“In reaction to my the judgement of the court enforcing my fundamental human right, an embarrassing statement was credited to Mr. Abubakar Malami SAN, the current Attorney General of the Federation and Minister of Justice on 13 July 2018 after the bail conditions have been met, including the deposit of N1,000,000 with the Registrar of the Federal High Court, stated that irrespective of the judgment directing the said release, the Federal Government would not comply.
“At this juncture, it will seem that the Nigerian Government is not inclined to yield or obey the orders of any Court of Law; whether domestic or international. Ironically, the Federal Government still wants to ride on judicial wings to prosecute me, when it does not comply with Orders that proceed from the Court, especially in relation to me.
“At this point, I strongly believe that there must be an end to this hypocrisy and lopsided/ partisan rule of law.
“Since the Federal Government has resolved not to comply with judicial Orders directing my release, it is better for the Court to also absolve me of the need to submit myself for further prosecution. Justice should be evenly dispensed, as opposed to same, being in favour of the Federal Government of Nigeria.”
However, at the resume trial on Tuesday before Justice Ahmed Rahmat Mohammed, the counsel to the Federal Government, Chief Dipo Opeseyi, told the court that Dasuki had deliberately refused to come to court because of his anger on certain steps taken by the government against him.
In his own reaction, Justice Muhammad directed the prosecution to always depose to an affidavit of evidence whenever the former NSA declined to come to court.
The Judge, who said he had not received Dasuki’s letter formally, however, adjourned further trial till November 19, 2019.