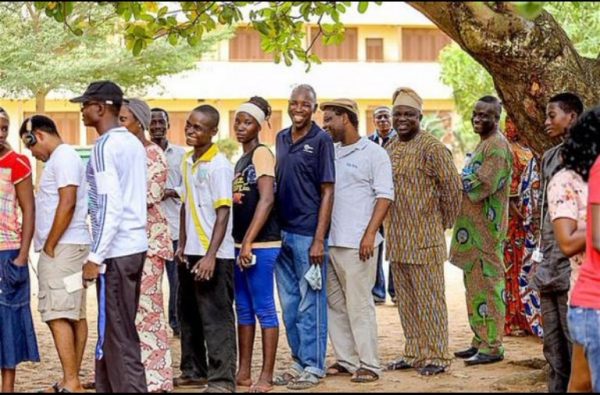 The Independent National Electoral Commission in Benue State has queried two of its members of staff for alleged demanding payment from registrants in the ongoing Continuous Voter Registration.

INEC disclosed this in a statement by its Administrative Secretary in Benue State, Shehu Abdulwahab, on Friday in Makurdi.

Abdulwahab said that the attention of the Commission was drawn to reports that two of its INEC Staff in Oju Local Government Area were alleged to have demanded payment of a fee before registering citizens as voters in the local government.

He said: “The Commission is deeply concerned over this development as provisions have been made to our offices across the State to ensure hitch-free exercise at no cost to the citizens.

“As an immediate measures to arrest the ugly situation, the commission has withdrawn the two Staff from the field, issued them queries and replaced them with another set of staff.”

Abdulwahab, who did not disclose the identity of those involved, added that all the Electoral Officers in the 23 LGA Offices in the State had been directed to warn their staff to desist from extorting money from registrants before registering them.

He added: “For the avoidance of doubt, INEC wishes to reiterate to the good people of Benue State that voter registration is absolutely free.

“The Commission assures the citizens of its commitment to serve them efficiently throughout the registration period and beyond.”