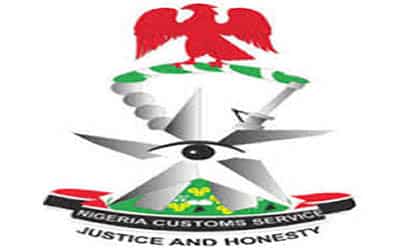 The Federal Operations Unit of the Nigeria Customs Service on Wednesday said it intercepted contraband with a Duty Paid Value of N1.03 billion in February.
Customs FOU Controller, Mohammed Uba, told newsmen in Lagos that among the contraband were 18 assorted vehicles, including a Rolls Royce.
Uba said that some of the vehicles were intercepted along Ijebu Ode – Sagamu Expressway while others were evacuated from a car mart located in Lekki, Lagos.
Umar said that the customs also seized 2001 kg of Pangolin Shells and 218 pieces of Elephant Tusks, worth about N500 million, from an apartment at Allen Avenue, Ikeja, Lagos.
He said: “The Convention of International Trade in Endangered species entails that Customs Administration globally protects wildlife by intercepting illegal trade on such animals.
“It further prevents the killing of endangered species since the tusks are only available after the killing of the elephant and pangolin.”
He added that the seized pangolin and tusks have been handed over to Nigeria Environmental Standards and Regulatory Enforcement Agency for further investigation.
According to him, 17 suspects, including a Chinese national, were arrested in connection with the 90
seizures during the month.
Umar said: “Within the period under review, we also recovered N67.94 million from Demand Notices raised on goods intercepted while attempting to beat the system through transfer of value and under declaration.”
Other items seized included: seven trailers loaded with 4201 bags of imported rice, 2,619 cartons of frozen poultry products, 1,105 jerry cans of vegetable oil, 2,637 pieces of used tyres and 1,333 bales of used clothes.
The customs controller urged the media to continue to sensitise the public on the effects of smuggling on the nation’s economy.