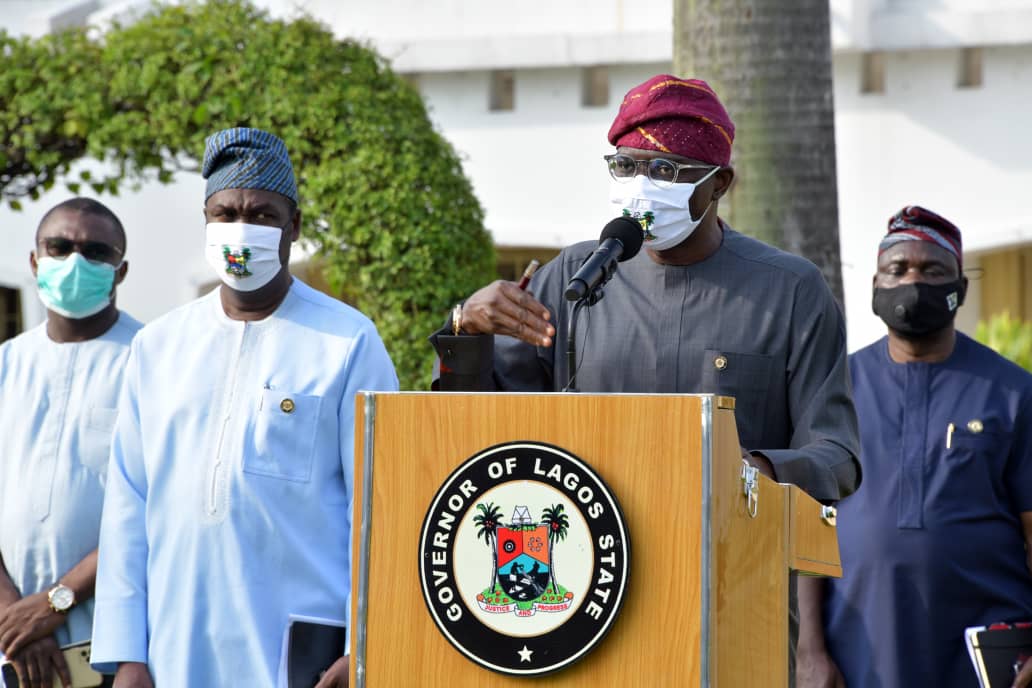 Governor Babajide Sanwo-Olu of Lagos State says the Eti-Osa Isolation Centre has been closed down, with effect from Friday night.

Sanwo-Olu announced the closure at Lagos House, Marina, during the 17th update on the management of coronavirus in the state.

The governor said the Agidingbi Isolation Centre would also be closed and the patients relocated to a large capacity centre – Indo-Centre in Anthony area, which would be soon be inaugurated.

He said: “Over the last four, five months, we have built excess capacity centre, but that is only the way to go, you cannot over-prepare.

“We have got to a stage where we need to balance the economics of this and which of these facilities do we need to keep running.

“Some of them now are having less than 20 per cent of occupancy.

“This is why we reach a conclusion to shut Eti-Osa facility and another one in Lekki.”

Sanwo-Olu explained that the Infectious Diseases Hospital in Yaba “is now also gradually being reverted back to its former status as a hospital to cater to all forms of infectious diseases”.

He added that the Ca-COVID dedicated tent on the IDH grounds would, however, remain strictly for COVID-19 cases.

Sanwo-Olu said in June, the government further expanded COVID-19 testing capacity in Lagos with the accreditation of seven private laboratories.

According to him, in the week ended July 26, the government successfully tested close to 9,000 samples in Lagos State, across the public and private sector laboratories.

He said it showed a 50 per cent increase from the approximately 6,000 samples tested in each of the preceding two weeks.

The governor said the increase in testing would lead to an increase in the number of daily confirmed cases of the virus in the state.

According to Sanwo-Olu, this is a welcome development since the government’s capacity to contain the pandemic depends significantly on how successful it is in identifying all the existing cases.

He said: “I must, however, also mention that we have seen a general decrease in positivity rates in Lagos State over the past two weeks, which, combined with the increase in testing numbers, paints a very encouraging picture of the outcome of our response strategy.

“We will continue to fine-tune our efforts and strategies to build on our successes and close any existing gaps.

“It has now been five months since the first case of coronavirus was recorded in Nigeria.

“Since then, Nigeria has seen more than 43,000 infections and significant disruption of social, religious, educational and economic life, like every other part of the world.

“We have sadly lost 194 persons to the virus.

“This leaves us with 1,813 active cases in community and 96 under management across various isolation centres in the state.”