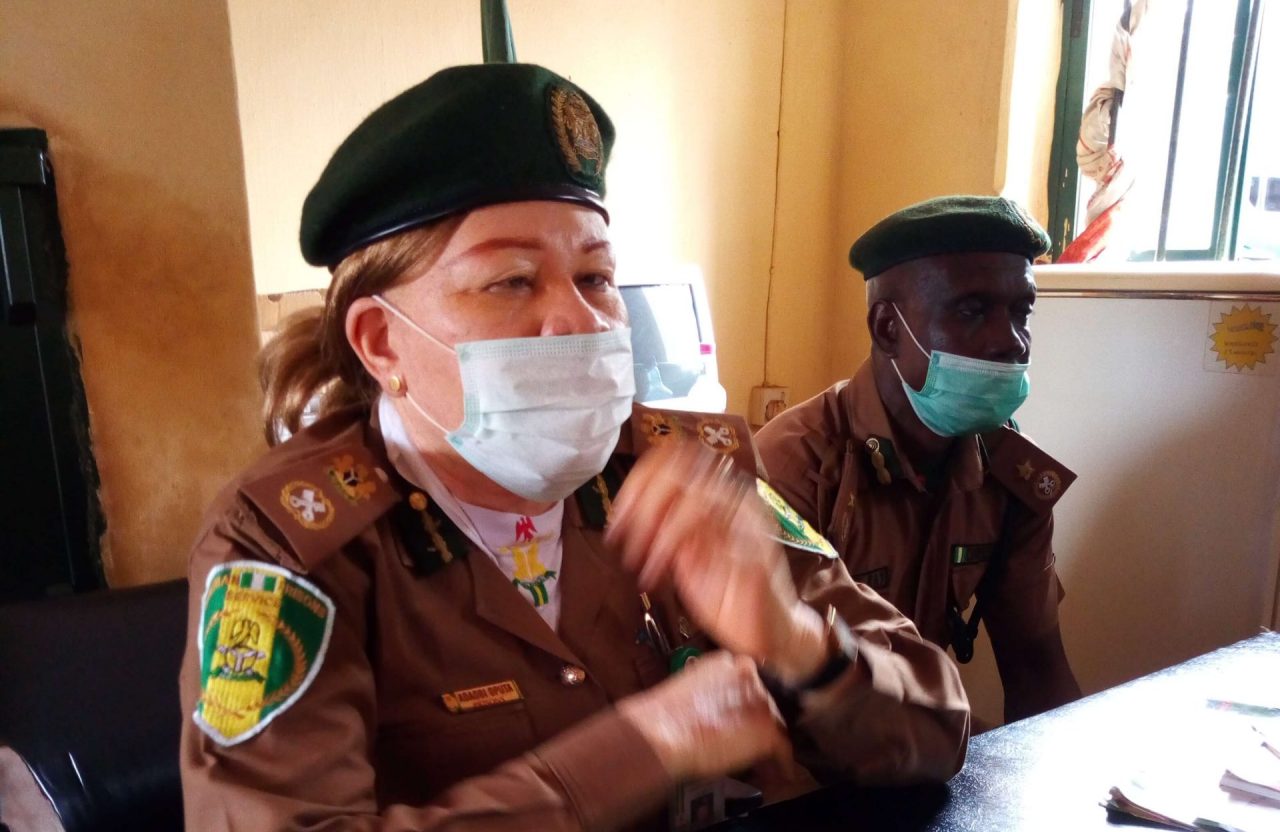 The Ebonyi State Governor, Chief David Umahi, has granted unconditional pardon and clemency to 33 inmates of Abakaliki and Afikpo Correctional Centres.
This was announced by the State Attorney-General and Commissioner for Justice, Cletus Ofoke, while briefing newsmen on Friday in Abakaliki, the Ebonyi State capital.
Ofoke explained that the development was in line with the Governor’s avowed determination to decongest the Correctional Centres as a means of militating against the spread of the global pandemic, COVID-19.
According to him, Umahi believes that the idea of social distancing may not be absolutely maintained in the Centres except such and other measures are adopted to decongest them.
He further explained that the Governor’s action was in exercise of powers bestowed on him by Section 212 of the Constitution of the Federal Republic of Nigeria 1999, as amended.
The 33 persons released, all males, comprised of 20 inmates from Abakaliki facility and 13 from Afikpo, mainly those convicted of lighter offences such as stealing, burglary, minor assault and conspiracy.
Ofoke added that the Governor acted on the recommendation of the Advisory Council on Prerogative of Mercy, headed by the Attorney General.
He noted that arrangements were being made to integrate those released into the State Government’s empowerment programmes to enable them resettle properly, urging their various communities to accept them as true son.
Meanwhile, the State Controller of the Nigeria Correctional Service, Adaobi Oputa, who confirmed the release in her office, said the former inmates on the order of Umahi have submitted their affidavits to be of good conduct.
Oputa appreciated the Governor for the gesture, adding that it would help further the social distancing policy of the Federal Government against Coronavirus as well as reduce pressure on the limited facilities in the Centres.
She further explained that the issue of awaiting trial inmates were being addressed in collaboration with the State Ministry of Justice to further decongest the Centres.
Some of the released inmates who spoke to newsmen expressed their happiness over the development, thanking God and the government for the gesture.
Some of them who explained that they learnt some trades such as electrical works, barbing and carpentry. said they would utilise them for their good.
One of the discharged inmates who gave his name as Chinonso Peter from Izzi, explained that he was convicted of stealing and imprisoned since October 2017 when he was in Senior Secondary Class 2.
Peter expressed joy that he had sat for and obtained his Senior Secondary Certificate, while in the Correctional Center, adding that he intend to be a lawyer.
He said: “I made my WAEC while I was here.
“When my mother called, she encouraged me that I should try to join school here.
“The number of years I was here have been very tough for me.
“I want to read Law because I love Lawyers.”