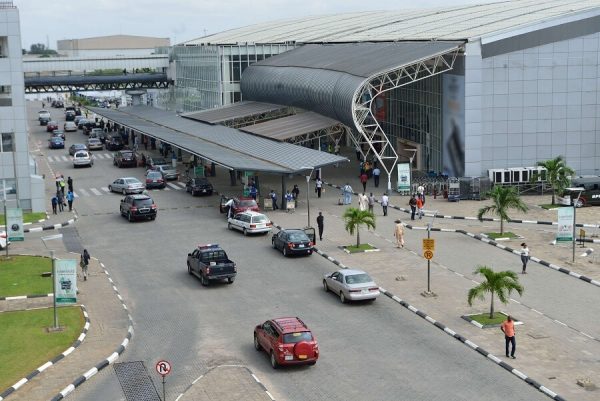 Airlines at the Murtala Muhammed Airport Terminal Two, operated by Bi-Courtney Aviation Services Limited, have cried out over their losses as the grounding of the terminal by aviation labour unions, made up of Air Transport Services Senior Staff Association of Nigeria, National Union of Air Transport Employees and National Association of Aircraft Pilots and Engineers, entered day two on Thursday.
In view of this, the airlines threatened that they may be forced to retrench some of their workers, if the unions sustained the closure of the terminal.
Airlines operating from MMA2 to various destinations in the country are Dana, Aero, Arik, Med-View, Azman, Max Air and First Nation.
They said since the unions shut down the terminal building despite an order of the Federal High Court sitting in Lagos and presided over by Justice I. N. Buba, they had lost over N300 million in revenue.
One of the airlines’ officials, who craved for anonymity, said: “For now, we have lost over N63 million to the ongoing industrial action and losing such money in an industry where airlines are still grappling with a myriad of challenges is unacceptable and disappointing to say the least.
“We do not know how the situation will be in the coming days and we might have no other option than to downsize, if the action stretches for too long.”
While lamenting the extent of damage to their businesses, the airlines expressed regrets that the labour unions disobeyed a court order and continued their strike, which they said was ill-timed, not minding the effects of the action on the businesses of others.
They expressed regrets at the chaotic situation at the General Aviation Terminal and said this had been worsened by the blockade of MMA2, which they described as the most conducive terminal for their guests.
They advised the parties involved to resolve the issues amicably in the interest of the passengers, the airlines, and other businesses operating at the terminal.