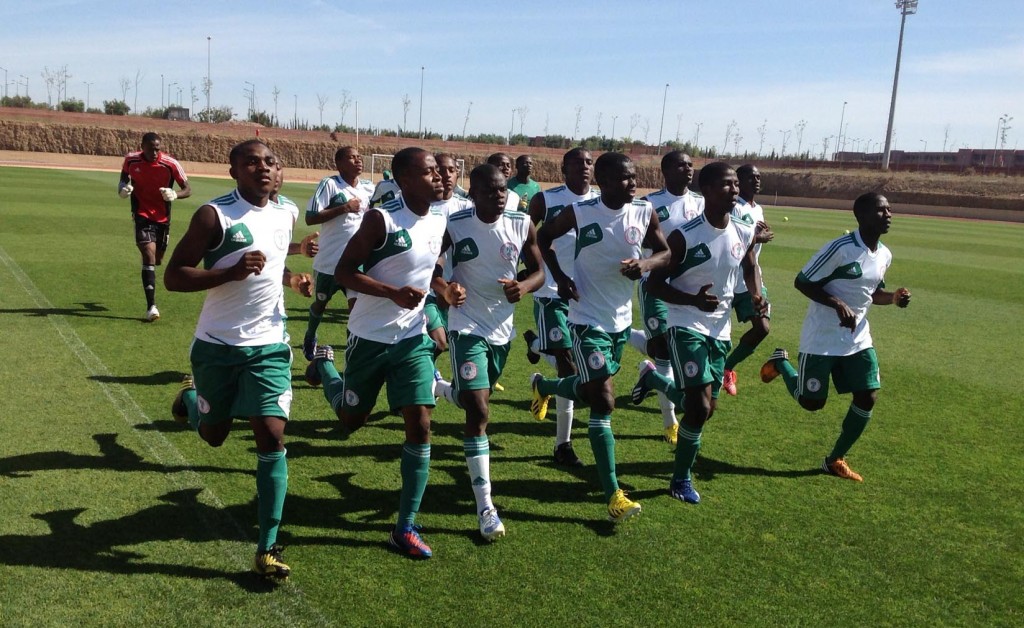 Reigning champions, Mexico, will attempt to avenge their scandalous 1-6 loss to the three-time winners, Golden Eaglets, when both sides do battle at the Mohamed Bin Zayed Stadium, Abu Dhabi in the final of the FIFA U-17 World Cup on Friday.
As the Golden Eaglets went from strength to strength, Raul Gutierrez’s men dug deep to recover mentally and concentrate on the attributes exhibited by their victorious predecessors in 2011.
Judging by the two semi-finals, where Nigeria saw off Sweden 3-0 and Mexico defeated Argentina by the same scoreline, the showpiece match on Friday should be a closely contested affair.
Manu Garba’s charges have two significant statistics in their favour: they are yet to be beaten in the competition and they boast the most prolific attack (23 goals).
Kelechi Iheanacho, Taiwo Awoniyi and Musa Yahaya spearhead a side that is constantly on the move and harasses the opposition, with or without the ball, posing a serious challenge for any defence.
El Tri, meanwhile, have found the net with much less frequency (11 times), but can boast a compact unit that bounced back from their initial setback to eliminate Brazil and Argentina.
Long before the tournament even kicked off, Mexico and Nigeria were already regarded as favourites to claim the silverware.
But after the 6-1 humiliation suffered by El Tri in their opening match against the Golden Eaglets, the title holders’ dreams of defending their trophy appeared to have been prematurely crushed, while the Africans confirmed they would be a force to be reckoned with.
Group F may well have been the proverbial ‘group of death,’ but three of the four teams it contained survived until the semi-finals and two made it all the way to the final.
In a post match conference, Golden Eaglets handler, Manu Garba, posited: “There won’t be any pressure on us against Mexico, because we’ll be physically and mentally prepared for the match. But I repeat that Mexico are a dangerous and very skilful team. We’ve witnessed their resilience since losing to us 6-1, a result which did not prevent them from reaching the final.”