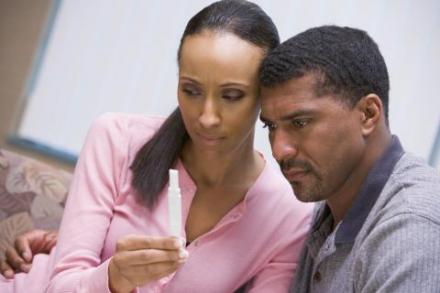 I heard his key in the lock.
Yes, I was in the room… he knew but simply didn’t care. He could have knocked for me to open the door, but I guessed he was trying to make a point; that he didn’t need me anymore.
He walked into the room, looking tired; no doubt due to stress and Lagos traffic. My heart leapt in joy.
A part of my heart melted with love, the other part was filled with anger and resentment.
I love his eye, the shape of his head, the way he walks, the particular way his eyes crinkle when he smiles, the two dimples on both sides of his cheeks when he laughs.
Gosh! I just love him so!
But right now, I just don’t know. I feel like bashing his head. God! Can you love and hate someone at the same time?
He has been treating me like dirt of late and I keep asking myself: will my patience and tolerance save this marriage?
If a canoe is sinking, and there are two people in it, does it not need both partners to row quickly in order to stop the canoe from sinking or capsizing?
That is the way I see marriage…relationships; both partners have to fight for it to stay afloat or else the canoe…marriage will crash.
And both may not be able to swim to the shore.
I am getting tired of being ignored…being treated like a door mat.
He has started eating outside. And the most painful of the situation is that I don’t know what is eating him up. He wouldn’t talk to me. I didn’t know what the problem was until he started calling me names in moment of rage.
Our home has become a war front. A cold war is on and I can’t stop it, I have tried. God knows I have.
I have tried to wake him up at midnight, so that we could talk about our marriage but he simply stared at me, turned his back and went back to sleep.
It’s like trying to talk with granite.
But no matter what I did or did not do, I ended up being defeated. These days he stares right through me and it breaks my heart.
Oh, Gozi, why are you doing this to me? I asked silently.
I have learnt to bury my tears and allow my pillow to receive most of them. If I can’t talk to my husband, I can at least talk to my pillow. He sleeps on the sofa in the sitting room now, leaving the master’s bedroom to me.
The bed is cold without him. Why? Why?
As usual, he didn’t reply to my greetings as he walked fully into the room. I had stopped cooking…since he had stopped giving me money for housekeeping.
These days he doesn’t care whether I eat or die, especially since I have no one to give me money to feed.
The house has become suffocating to me. I might have been able to bear the tension if I had a job.
But alas! He asked me to quit my job after we got married.
There was so much love and laughter then. Where did we go wrong? Could there be another woman? Why do men, human beings, pretend to be what they are not when it comes to relationships and dating?
Why can’t they show their true colours before they get married? Why half lies and half truths?
It’s only when you get married to some people that they begin to show their true colours. If he had showed me a bit what he is displaying today, I wouldn’t have touched him with a 10 yard pole!
We were friends for a long time before we became lovers. Before then, I had a guy I was dating. I was just in my mid-twenties.
I felt I was ready for marriage, the world…but now, I just don’t know! Is there anyone who can handle marriage and the storms that come with it very well?
When I asked my ex-lover when we could get married, he said until he finished some building projects he was working on.
I knew he was not ready to settle down…marriage…but I was!
I moved on.
My platonic relationship with Gozi tightened after my break up. I could tell him anything and everything.
He was the one that suggested we should take the relationship to another level. I didn’t see anything wrong with the idea. If anything, I thought it was quite macho of him.
He used to be so gentle, quiet and soft spoken. So responsible!
Now, I can’t even recognize him.
He gets easily angry and snaps at me at any and every situation. Then he started hitting me. I couldn’t take it. It was getting too much. I feared he might kill me. I told father. He was warned never to lay his fingers on me again.
He started calling me names…Called me barren, said he regretted marrying me. Said I couldn’t get pregnant because I had aborted all the babies in my womb.
I cried.
I can’t seem to stop crying. Worry and anxiety are killing me. I’m looking haggard and losing weight.
I love him, I want our marriage to work, but it seems this lack of a baby is killing my marriage.
We have been married now for two years. What can I do? What must I do?
I told him that it’s only God that gives children but he has also become hard of hearing…I sometimes feel that if I had had a miscarriage, at least just once since we got married, he would have believed in me conceiving some day.
But I had never had as much as a missed menstruation period…I feel bothered more than he does…
Please people what can I do? How do I get through to him?
Ada.