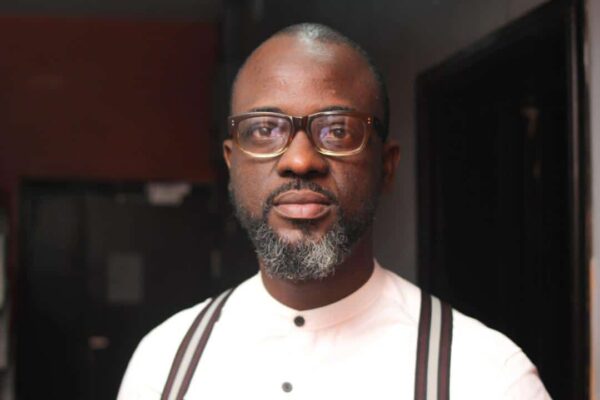 Chain Reactions Nigeria Limited, one of Nigeria’s leading Public Relations and Integrated Communications Consulting firms and Nigerian affiliate to Edelman, the world’s largest Public Relations firm, has named Uche Ugorji as Vice President, Strategy and Business Development.
The Managing Director and Chief Strategist, Chain Reactions Nigeria, Israel Jaiye Opayemi, announced in a statement that Ugorji’s appointment as Vice President, Strategy and Business Development was effective November 1, 2019 as part of a holistic and aggressive business development drive the company is embarking upon.
According to Opayemi: “Uche Ugorji’s appointment is aimed at turbo-charging our bold client acquisition drive towards 2020 and beyond. He will effectively function as a Vice President and Chief Operating Officer with the mandate to give our 5-year business growth plan the leadership kick it requires. We see in Uche a man with incredible understanding of the art of selling, hence our decision to put him in charge of our growth train.”
The statement further disclosed that Ugorji’s choice was deliberate considering his robust cross-functional marketing communications background.
Opayemi said: “We have deliberately primed our business for the age of convergence and this is evident in the kind of work we do for clients and the kind of talents we retain to do them. We do not engage in run-off-the-mill PR works for our clients. We have fully embraced Edelman’s concept of Communications Marketing for our clients and so Uche is yet another bright example of the kind of talents we parade in Chain Reactions to deliver amazing results to our clients.”
In his reaction to the decision of the management of Chain Reactions to bring him on board, Ugorji said: “I am super delighted at the opportunities ahead. I love the shared vision of Chain Reactions and the intentionality of its founder. It is bold and daring. I love the trajectory of the company, its international flavour in creed and in action. I love the company’s audacity to play big in not just Nigeria but in Africa. That is why I am in.”
Ugorji has about 16 years of practical experience in the Marketing Communications industry within and outside the shores of Nigeria.
He began his career in Public Relations with the then CMC Connect, now CMC Burson Cohn and Wolf, before making a switch to core advertising as a strategic planner with Bluebird Communications.
He later joined SO&U Saatchi & Saatchi, where he was once described by one of the living legends of the industry, Udeme Ufot, as “more than a Star but a genius!” upon his impressive performance on the Guinness account.
This commendation came off the back of a character and dedication testimonial he had received from the Guinness Brand team in which he was described as a “rock” and a man who could deliver against incredibly impossible timelines”.
The Guinness Marketing Manager at the time had cause to describe Ugorji as a man who exudes “nothing else but a can-do attitude even at the craziest deadlines” within the Guinness brand team.
Uche displayed similar impressive performance at Etuodi Communications and DDB Lagos respectively before joining Ogilvy as Business Director and Agency Council Lead for West Africa Region where he had oversight for all Ogilvy Integrated Marketing Communications interest accounts.
Chain Reactions Nigeria’s current clientele include Facebook, 9mobile, HP, Motorola Solutions, Dubai Tourism, First Bank, Lagos State Governor’s Office, The Jack Ma Foundation and Propertymart.