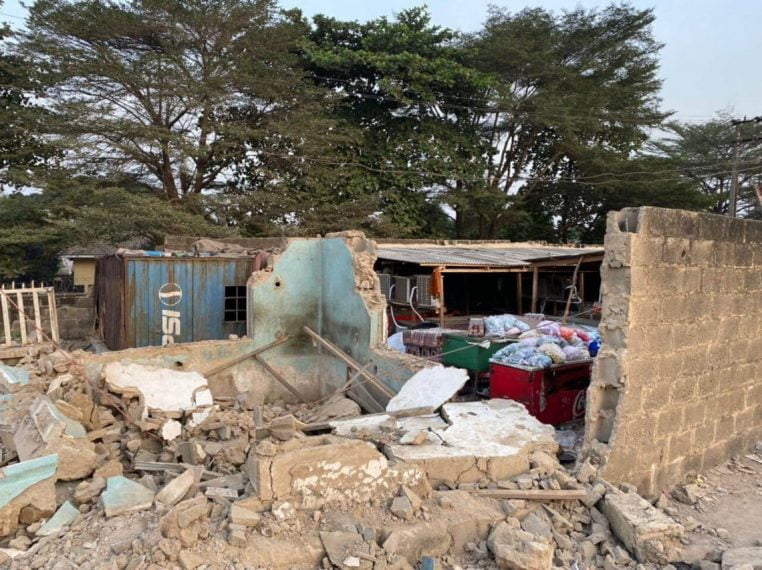 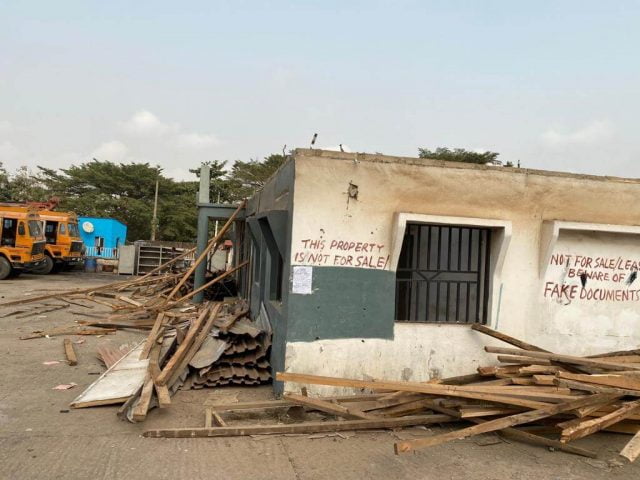 A Canada-based pastor, Edward Taiwo Soetan, has petitioned the Inspector General of Police, Mohammed Adamu, following threat to his life over a N500 million estate he bought in Ibadan, Oyo State 18 years ago.

Soetan, who is the Pastor-in-Charge of The Apostolic Church, Toronto, Canada, alleged that suspected thugs threatened to kill him over his estate in Orita Challenge area of Ibadan, the Oyo State capital.

“As if that was not enough, our client is now being confronted that whenever they see him around that land, they would kill him. Our client had to run for his dear life and relocated to Canada as the threat is too much,” counsel to Soetan, Joy I. Amosun of AOC Solicitors and Attorneys, said.

“These people in question, that is, Sesan Olooto, Kehinde Apampa, Adebayo, Sina Adeleke, Ismaila Bolanrinwa Amugiri, Biobaku Alaba Abiodun and some other unknown hoodlums would come to the land fully armed with dangerous weapons such as guns, daggers, cutlasses, etc and they have even turned the place to the base stating that whenever they found anybody around they would maim and kill the person,” the petitioner emphasised. 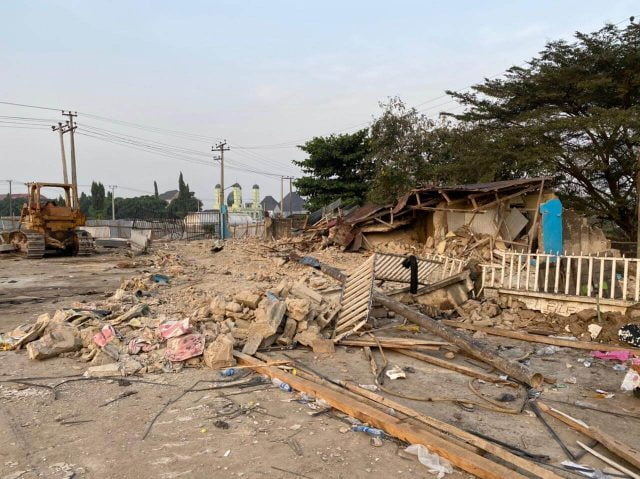 Before the latest petition to the highest police chief in the land, the pastor had earlier petitioned Oyo State Police Commissioner, Ngozi Onadeko, over the destruction of the property, which include a filling station, in an attempt to execute a 2004 judgment that is pending in court.

The petition was sent through his lawyer, Oladipupo Ige of Lateef Fagbemi Chambers.

In the second petition, Soetan told Adamu that he had been facing persecution over the land, named Soetan Estate, which he bought in 2003 for commercial and residential purposes.

Those threatening him, according to the petition, are land grabbers, allegedly led by one Sesan Olooto, with the assistance of a retired Deputy Commissioner of Police, “stating that they have got judgement.” 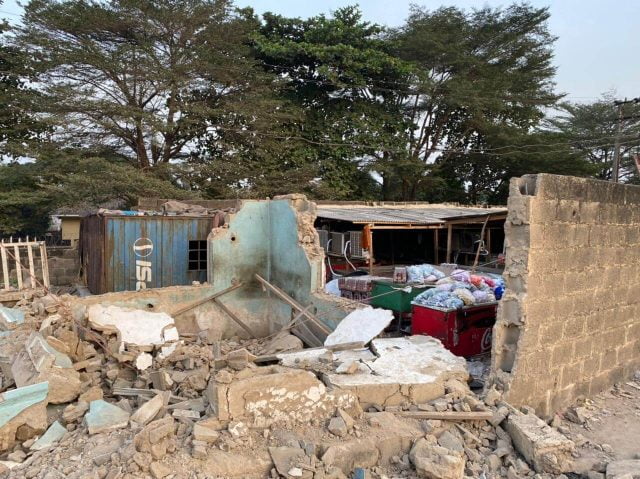 Soetan’s counsel stressed: “Upon verification, it was discovered that the said judgement was not against our client but in order not to sleep his right, he instructed his counsel to approach court to challenge the authenticity of that judgment.”

The petitioner said having taken the matter to court it was believed that the alleged land grabbers would steer clear of the land in question but yet they continued, on daily basis, to keep disturbing occupiers of the properties.

The petitioner further said it was highly disheartening to learn that the alleged hoodlums “have destroyed the properties of our client that worth over five hundred million naira (N500m) and they are still boasting around that no one can ask them to account for the loss.”

“The import of this petition is to passionately appeal to Your Honour to set up a team of investigators to look into our client’s plight as this case is beyond land matter as it affects threat to the life of our client as well as damages of the properties, and also land grabbing,” the petitioner added in the letter dated February 19, 2021. 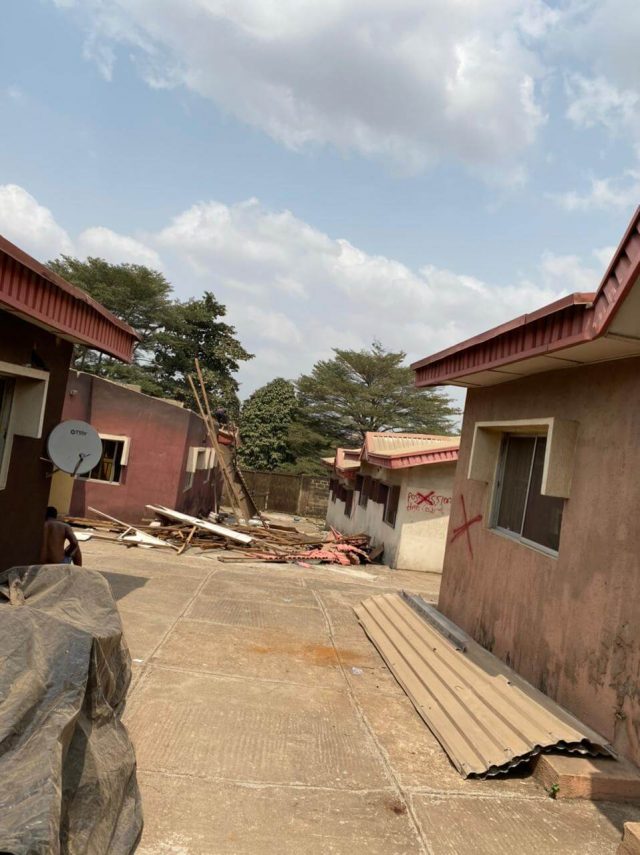 Earlier, Soetan had told Onadeko in the letter dated January 21, 2021 that he was shocked that descendants of one Amugiri family in Ibadan descended on his property “purportedly attempting to execute a judgment of court without informing or joining him as party to the proceeding despite having been on the land since 2003.”

“In essence, they attempted to enforce a judgement that had been delivered since 2004 in 2016,” Soetan stressed, adding that this step came at the time he filed application for injunction against the Amugiri family at the Oyo State High Court.

He emphasised: “However, against all known manners of civility, on Monday, 25th of January, 2021, some unknown arms-bearing, weed-smoking thugs descended on our client’s property, demolishing all structures on site and harassing several people residing and transacting business thereon.

“It is pertinent to add that since that Monday, the thugs have stationed themselves on our client’s property, without abating the destruction on the property. Our client’s agent reported the matter at the Orita Police Station and the Police Officers were at the place on Monday for an assessment of the situation.

“In fact, the hoodlums/thugs were not deterred by the presence of the Police as they attempted to beat up the said agent for daring to invite the Police.

“This is the dangerous situation that the said thugs and their handlers have created, enveloping the whole area in palpable fear of the unknown and jeopardizing our client’s interest.

“It is in view of this situation and the need not to engage them to avoid loss of lives that we have written this petition and are now soliciting your intervention to halt this barbaric and dangerous invasion by the thugs of the Amugiri Family on our client’s property.

“It is our belief that no sane society should succumb to the rule of thugs and lawlessness.

“Rule of law, once activated, must be allowed to take its course. The case is in court and all parties ought to respect that position. It is high time these hoodlums and their handlers were made to realise that Oyo State is a society of law and order.

“We are trusting that this lawlessness would be stopped with your intervention.”