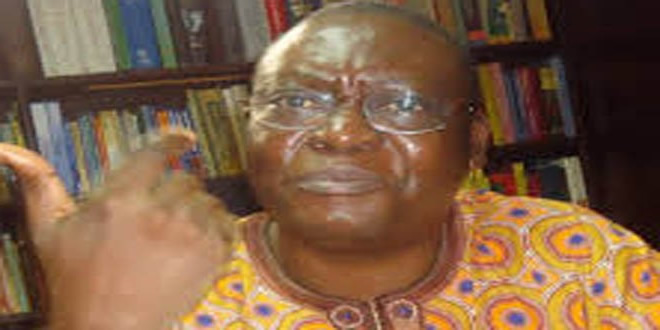 The Minister of State for Works, Dayo Adeyeye, has said the presidential candidate of the All Progressives Congress, retired Major General Muhammadu Buhari, must prove his innocence in the ongoing certificate saga by producing his original certificates.
Adeyeye said Buhari’s failure to produce his certificates would amount to a clear confirmation that he has something to hide.
The minister said Buhari must provide evidence that he was qualified to contest the election as prescribed by the 1999 Constitution.
According to him, the affidavit sworn to by Buhari was meaningless because the military could not keep the original certificates of an officer.
He also cautioned human rights lawyer, Tunji Abayomi, who had risen in defence of Buhari, against blind support to a candidate because of personal interests.
Adeyeye said while Section 131 of the 1999 Constitution provides that a candidate must be educated up to at least secondary school to be able to vie for the presidential election, Section 137(j) also indicates that a candidate can be disqualified from seeking the election if he submits a forged certificate to the Independent National Electoral Commission.
He said those who drafted the constitution knew that “you have to submit an evidence of qualification, that is why Section 137 talks about forged certificate”.
Adeyeye added: “People like Abayomi should not say that because they have an interest, they would defend a candidate without certificates. They should not lay a dangerous precedent whereby some persons with questionable certificates would start contesting elections and claim that they don’t need to show us their certificates.
“It is very compulsory that he presents his certificates, otherwise, how are we going to prove that he was educated to the school certificate level or its equivalent. The constitution is very clear in Section 131, he must be educated up to school certificates. If he doesn’t show any proof, how are we going to know he is qualified?”
The minister added that if Buhari did not have certificate to show, he should voluntarily withdraw from the presidential race.
“He is a former head of state and I am sure that when he served as head of state, the first thing he would ask anyone he wanted to recruit is the certificate.
“Is he telling us that if he becomes president, people will not need certificates to be appointed to offices? As a leader, he must lead by example.”
Adeyeye stated that the burden of proof of certificate or qualification could not be on INEC, adding that Buhari could, as well, have obtained a Certified True Copy of his certificates if he has any to show.