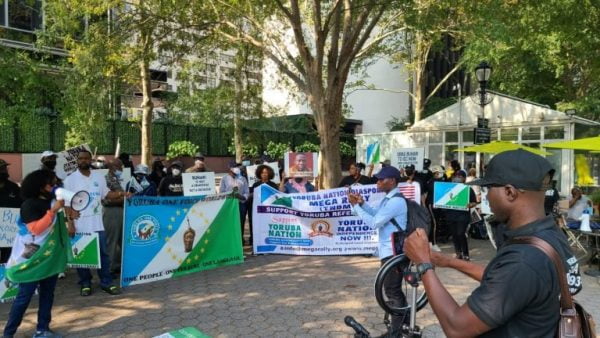 Nigerians agitating for Yoruba Nation and Indigenous People of Biafra among others have resumed their protest at the United Nations Headquarters in New York on Wednesday.

Members of self-determination groups were seen displaying placards with different inscriptions as they marched to the UN headquarters.

While some of the Nigerians wore white outfits, others wore black, holding Yoruba Nation and IPOB flags.