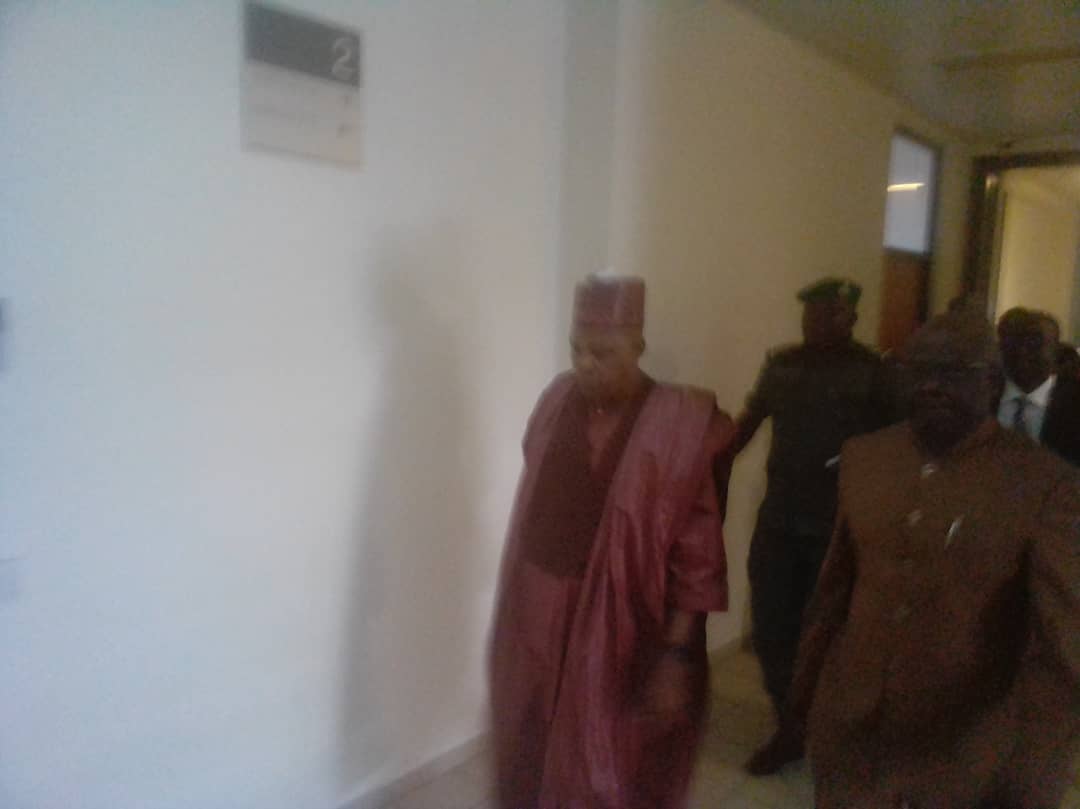 Vice Presidential candidate of All Progressive Congress (APC), Senator Kashim Shettima on Tuesday appeared for the first time in the Senate Chamber since his emergence as running mate to Asiwaju Bola Tinubu.

Tinubu had on July 10, 2022 nominated the former governor of Borno state as his running mate.

Since that time, he had not been coming to the Senate Chamber before the lawmakers adjourned for annual recess.

However, Senator Shettima appeared in the Senate Chamber dressed in brown “agbada” to participate in the Senate plenary on Tuesday.

After the plenary session, he went to his office on the second floor of the Senate wing of the National Assembly to attend to guests waiting.