There was pandemonium in Minna, the Niger state capital, on Sunday afternoon as fire gutted the Minna depot of the Nigerian National Petroleum Corporatio in Pogo area, few kilometres from the city centre.
Eyewitness report has it that the fire started exactly 11am.
This led to panic along the Minna-Paiko Road.
When The Eagle online visited the scene of the inferno, the fire, which started from one of the farm tanks, had extended to the depot fence through the gutters.
Speaking on the cause of the fire, one of the staff, who did not disclose his identity, said: “We have been on ground since yesterday that the leakage started, but these miscreants caused the fire outbreak as they went to the gutters to start scooping.”
A resident of Piako, who lives close to the depot, Mallam Ibrahim Paiko, said the leakage started since on Saturday but the scooping by the boys started around 2am on Sunday.
Paiko said: “When the leakage started early this morning, it ran through the gutters, which made black marketers scoop from it en mass.
“Despite the presence of security men from police and civil defence, the boys refused to stop and the fire started.”
The Director General, Niger State Emergency Management Agency, Ahmed Ibrahim Inga, confirmed the incident.
Inga said: “We thank God everything has returned to normal.
“If you want to plan for emergency, you project higher in case anything happens.
“Thank God we alerted people quickly and we were able to arrest the situation.
“Evacuation measures have been put in place and thank God the situation is now calm.”
Speaking on the level of damage done, Inga said: “Right now, there are no casualties.
“We are just trying to see that the fire goes down totally and then our men will go round to assess what the situation is.
“The scooping of fuel by hoodlums took place in the tank farm where the leakage started from.
“It is not as a result of bunkering.”
Also, the Director of Niger State Fire Service, Muhammad Babakudu, said: “All hands are on deck to forestall the spread of the fire.
“As you can see, normalcy has returned.
“We project higher for any emergency.
“That is why all our trucks are ready to arrest any fire outbreak.
“Ever since Governor Abubakar Sani Bello got fire equipment for us, we have been very proactive.”
The Public Relations Officer of the Nigerian Security and Civil Defence Corps, Mallam Ibrahim Yahaya, said: “For now, we have not been able to ascertain whether there are casualties, but we have been seizing jerry cans and the gallons used by some of the hoodlums.”
All efforts to speak with a representative of the Depot proved abortive as one of the senior members of staff said: “We cannot speak to the press until we get directives.”
As at the time of filing this report, only three motorcycles and a pick-up van got burnt and no casualty recorded. 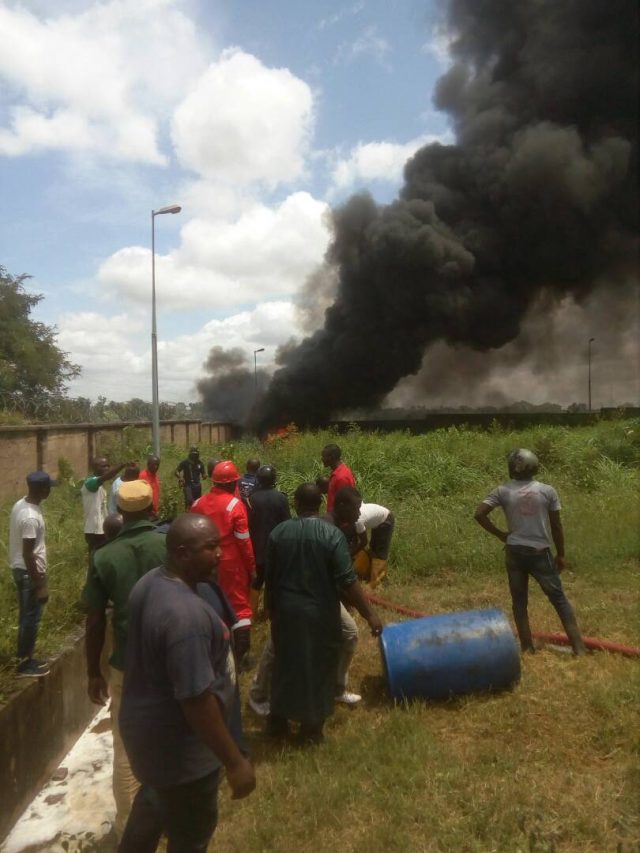 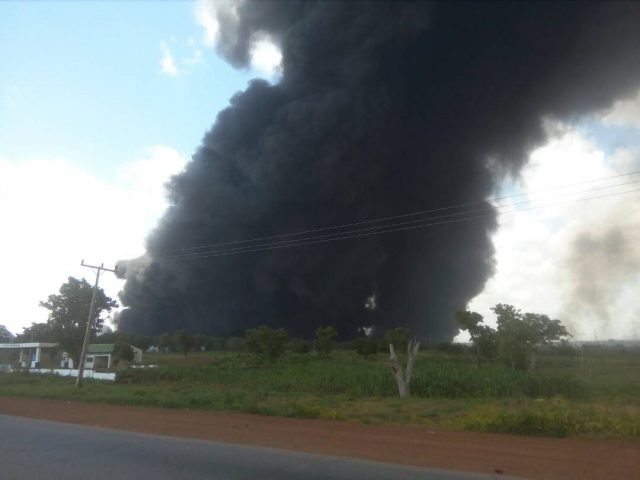 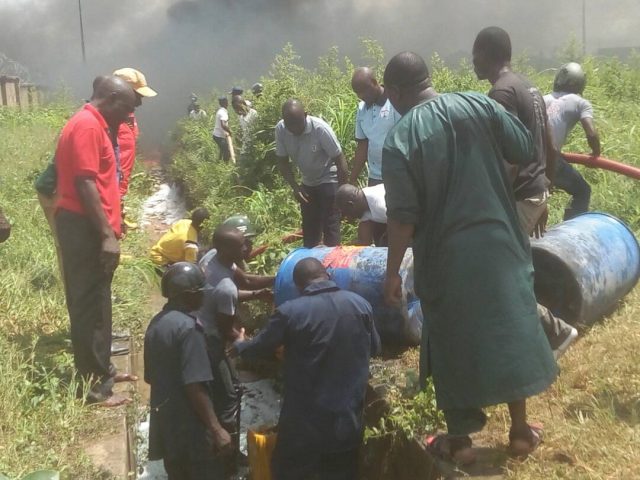