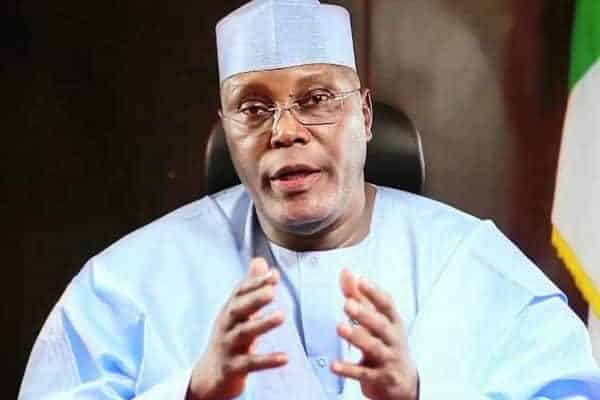 Share
Facebook Twitter LinkedIn Pinterest Email
The Nigeria Intervention Movement and the Third Force have after several months of raising the hopes of some of Nigeria’s fringe parties for the endorsement of their presidential candidate dashed their hopes by encoring Peoples Democratic Party’s Atiku Abubakar for the election holding on Saturday.
The endorsement of Abubakar was confirmed in a statement on Friday by the Director, Media and Publicity Bureau, NIM, Debo Adeniyi.
Those who had been expecting their endorsement by NIM and Third Force included Olawepo Hashim of People’s Trust; Omoyele Sowore, African Action Congress; Kingsley Moghalu, Young Progressive Party; Ali Soyode, Yes Electorate Solidarity; Adesina Fagbenro Byron, Kowa Party; Durotoye Olufela, Alliance for New Nigeria; Ahmed Buhari, Sustainable National Party; Tope Fashua, Abundant Nigeria Renewal Party; Donald Duke, Social Democratic Party; and John Dara, Alliance of Social Democrats.
According to Adeniyi: “Following days of far reaching consultations and  painstaking analysis of the prospects our movement in the 2019 elections vis a vis the future of democracy in Nigeria, the leadership of the third force movement under the broad umbrella of Nigeria Intervention Movement NIM have decided to strategically back the Presidential ticket of Former Vice President, Atiku Abubarkar in the Presidential elections holding on Saturday in Nigeria.
“This tactical decision of the third force stakeholders in Nigeria is without prejudice to the recently concluded opinion polls by a fraternal auxiliary third force platform, Alliance for Defence of Democracy ADD to pick a consensus Presidential flagbearer for the third force to contend against the Candidates of two dominant political parties, All Progressives Congress APC and People’s Democratic Party, PDP in the 2019 general elections.
“For the avoidance of doubt, It is our well considered view that having successfully concluded the selection process of choosing a consensus Presidential flagbearer for the third force, which can only be useful at this moment towards engendering a collaborative formidable electoral synergy to forestall electoral manipulations especially by the two ruling dominant parties, our support for Atiku Abubakar, an ardent Apostle of Restructuring of the Nigerian state, gives our movement a better and more feasible prospects of taking charge of a new Nigeria in the shortest possible time.
“Our Credible Alternative force under the able leadership of Dr Olisa Agbakoba SAN and Dr Abduljalil Tafawa Balewa has therefore mandated the Director General of NIM to immediately mobilise all officials, members, stakeholders and allies of the third force movement under the umbrella of NIM to vote and work for Atiku Abubakar enmasse as a major political bloc in the country with over seven million membership.
“We are therefore poised to immediately rally all allied presidential candidates of the third force and their political parties for urgent alignment with the Atiku structures in opening their doors for strategic engagement to form a coalition government of national unity and reconciliation with him in the interest of the future of democracy in Nigeria, which is being daily threatened by the civilian dictator in town.
“Finally, we wish to salute the political judgment and tenacity of all political icons and patriotic groups that have so far rallied round Atiku Abubakar in his quest to take power back to the Nigerian peoples for democratic constitutional re arrangement of our dear country, Nigeria. As a result, we hereby pledge to deliver the over seven million  votes of our members and allies nationwide to the Atiku Abubakar ticket in Saturday’s Presidential elections.
Atiku Abubakar Debo Adeniyi Kingsley Moghalu Nigeria Intervention Movement Third force
Share. Facebook Twitter Pinterest LinkedIn Tumblr Email