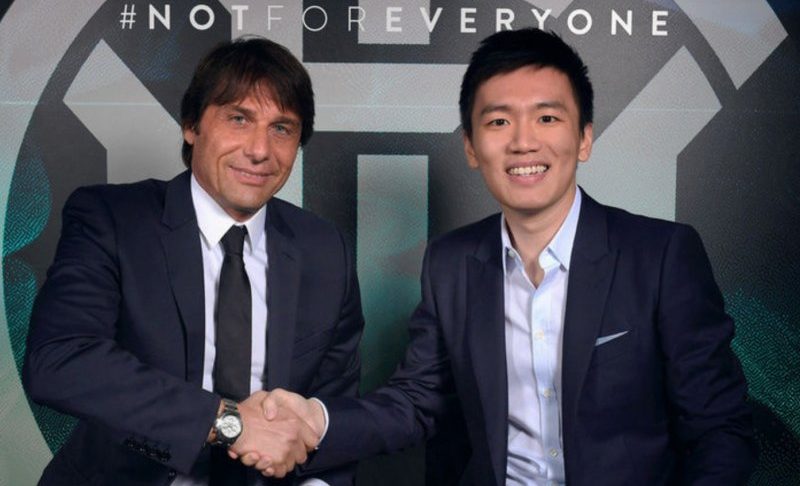 Former Chelsea manager Antonio Conte has returned to football after being unveiled as the new manager of Inter Milan, with the Italian signing an undisclosed contract with the club to replace Luciano Spalletti.
The 49-year-old returns to management having been sacked by the Blues at the end of the 2017/18 season.
“A new chapter in my life is beginning, I’m really excited,” said Conte on Inter’s official website.
“Through my work, I’ll try to repay all of the trust that the president and directors have placed in me.
“I have chosen Inter because of the club it is, because of the project’s sound basis and how ambitious it is. Because of Inter’s history.
“I was struck by the club’s transparency and the desire to bring Inter back to where it belongs.”
Inter announced the dismissal of Spalletti on Thursday, paving the way for Conte’s appointment on what is understood to be a three-year deal on around €10 million (£8.8 million) in his first year plus bonuses, with that base salary increasing if he remains for the 2020/21 season.
Conte spent two years at Stamford Bridge, winning the Premier League in his first season and the FA Cup in his final match in charge in May 2018.
Spalletti was shown the San Siro exit after the Nerazzurri finished fourth in Serie A this season, 21 points behind champions Juventus.
Ex-Italy boss Conte will be charged with closing the gap on his former side, which he led to three league titles in three seasons as manager between 2011 and 2014.
“I’m sure that Antonio Conte is one of the best coaches out there,” said Inter president Steven Zhang.
“I’m certain that he’ll help us achieve our objective and fulfil our mission, one which has always remained the same: to make this club one of the best in the world again.”