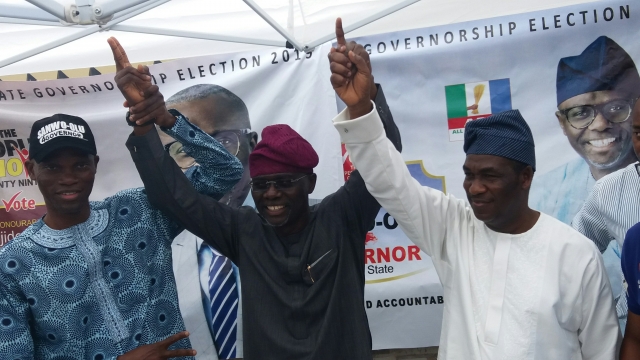 One of the aspirants on the platform of the All Progressives Congress for the 2019 governorship race, Dr. Babafemi Hamzat, has stepped down from the race.
Hamzat announced his decision on Saturday at a news conference.
He declared his support for another aspirant, Jide Sanwoolu.
This leaves the race for the ticket of the APC to Sanwoolu and the incumbent, Akinwunmi Ambode.
Hamzat said his decision was based on his convictions that Sanwoolu has the requisite knowledge and intellectual capacity to govern the state.
The primaries of the APC for the governorship ticket holds on Sunday (tomorrow).