NEC, PTF to have further discussions on reopening of economy, schools, mosques, churches

The controversial Chinese Doctors brought into the country by the Federal Government have eventually left the country.

The Doctors were brought in based on the explanation of the Federal Government that they needed to contribute to the body of knowledge on the treatment of Coronavirus Disease.

Nigerians were told that they were to spend a limited number of days and then depart.

However, days after their arrival, the first controversy about the number of days to be spent came up, with the explanation that they will stay in isolation for 14 days before starting their work and then will determine how long they needed to stay.

Then came the issue of their whereabouts, with officials of the Federal Government, especially those in the Presidential Task Force on COVID-19, saying they do not know their whereabout.

Days after, the China Civil Engineering Construction Company admitted the Doctors were brought in solely to attend to issues relating to the company.

However, at about evening on Thursday, Nollywood actress, Omotola Jalade-Ekeinde, said the Chinese Doctors were on their way out of the country.

She said this as she shared the photograph of her pilot husband, Matthew Ekeinde, in the cockpit after two months of staying at home because of the lockdown occasioned by the COVID-19.

Ekeinde works for Air Peace, the same airline that brought in the Chinese Doctors on April 9, 2020.

Writing on her Instagram page, accompanied with photographs, Jalade-Ekeinde said: “Is this the New Normal ? 😰

“#TheCaptain went on his first Flight today in 2 months! 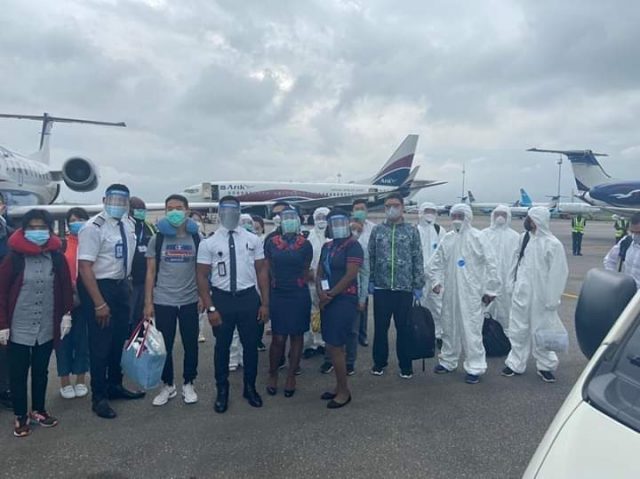 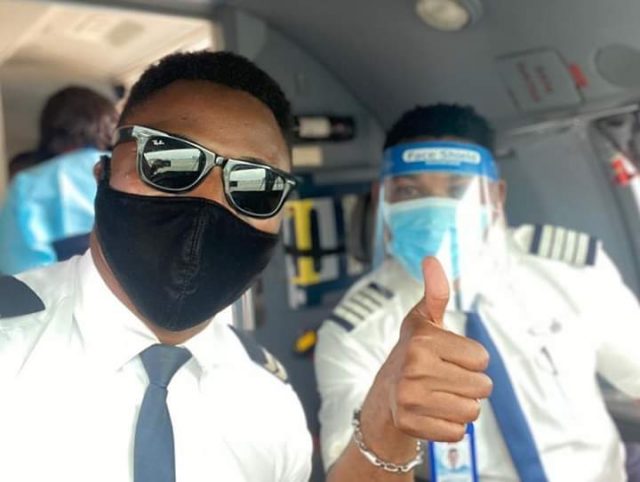 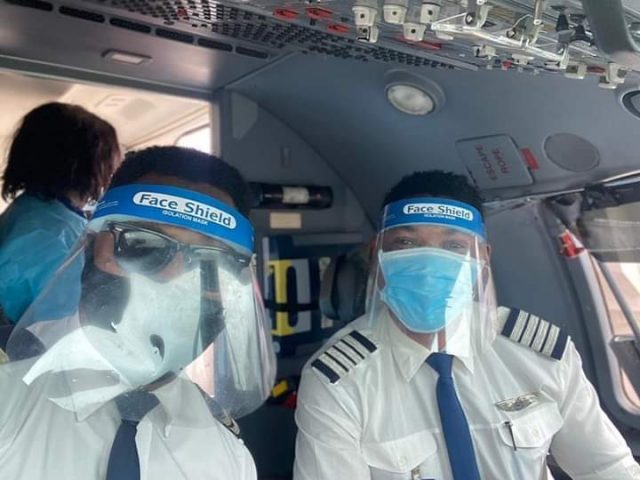 NEC, PTF to have further discussions on reopening of economy, schools, mosques, churches