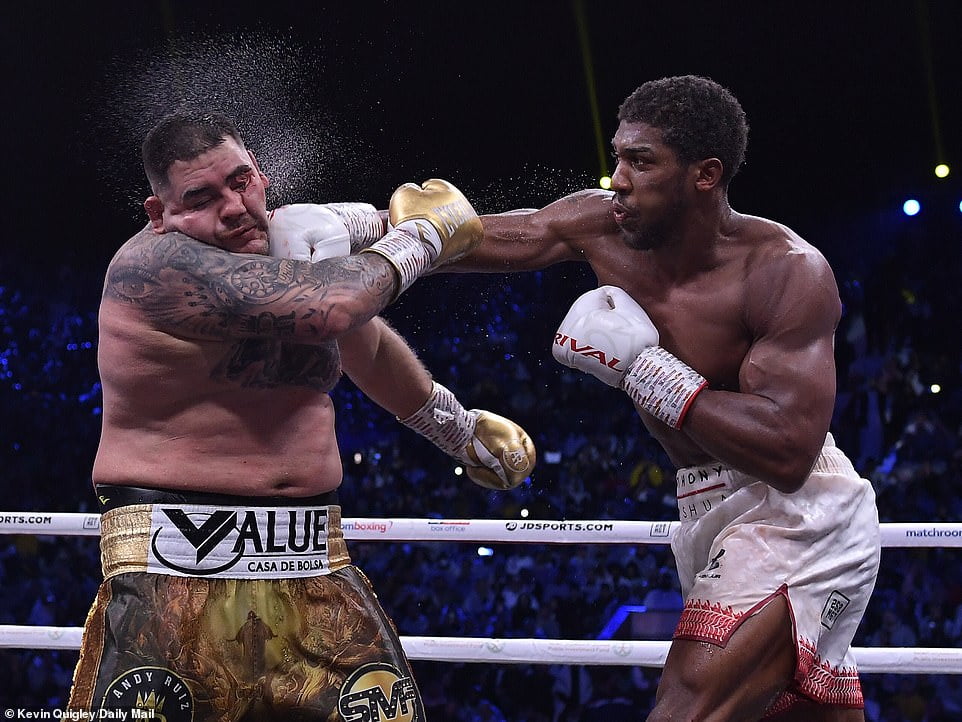 Anthony Joshua is over the moon to have reclaimed the unified heavyweight titles and ended Andy Ruiz Jr’s reign as champion.
Joshua regained the WBA (Super), WBO, IBF and IBO heavyweight titles in Saudi Arabia on Saturday night.
The Olympic gold medallist erased the memory of his first professional loss with an exquisite performance in front of a sold-out crowd at the Diriyah Arena.
Joshua, 30, jabbed and moved his way to a unanimous decision victory, which brought about the end of Ruiz Jr’s reign as unified champion.
Joshua set the tone for the fight from the outset, peppering Ruiz Jr with a lightening-quick jab.
His rangey jab – which he failed to utilise in their first meeting – kept a dogged Ruiz Jr at bay and allowed him to utilise his nifty footwork.
Ruiz Jr’s attempts to find Joshua’s chin seldom bore fruit, though he did have some success in the fourth and 11th rounds.
Victory over Ruiz Jr saw Joshua follow in Lennox Lewis’ footsteps and become a two-time ruler of the heavyweight division.
Joshua, understandably, was over the moon with his title-clinching victory, which saw him silence the critics he has had to listen to for the last five months.