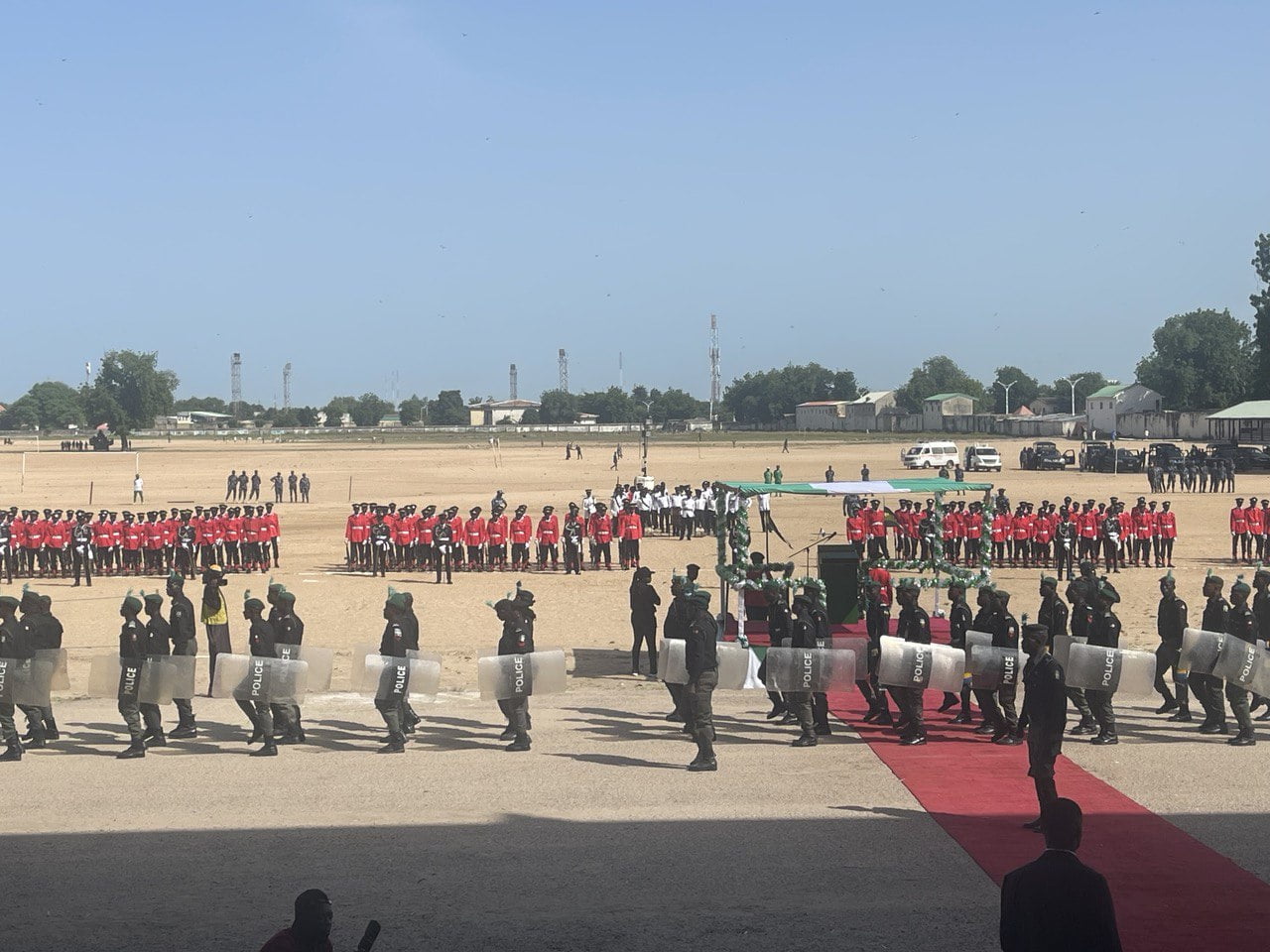 Borno on Saturday marked the 62nd Independence Anniversary of Nigeria with a parade, the first in 12 years since Boko Haram insurgency began.

Gov. Babagana Zulum presided over the ceremony held at the  Ramat Square in Maiduguri.

He said that the event was made possible by the return of relative peace in the state.

Zulum, who was represented by his Deputy, Alhaji Usman Kadafur, lauded the military and other security agencies for the uncommon successes recorded in various operations against the insurgents.

The governor said that the successes in the terror campaign enabled the state government to close all displaced persons camps in Maiduguri and Jere Local Government Areas.

He explained that most of the displaced persons voluntarily returned to their towns and villages.

The governor said that the task before the government was to rebuild critical infrastructure destroyed during the 12 years of insurgency.

“We renew our commitment to confronting the challenges of critical infrastructure destroyed by the decade long Boko Haram insurgency.

“And explore avenues to create job opportunities to our teeming unemployed youths, thereby, minimizing the upsurge of social vices in the society.

“We remain confident that with the massive investments we have made in the last three years in the expansion and strengthening of our resettlement and recovery effort, we shall succeed in our commitment to provide the dividends of democracy,” he added.

He pledged to provide vital services to the people, to enhance livelihoods and economic growth in communities.

“On a sustainable basis in attainment of our policy thrust, we have a duty to improve on job creation, access to education, healthcare delivery services, security, potable water supply for both human and animal consumptions, among others.

“We can do these only in a climate of peace and security,” Zulum said.

He enjoined the citizenry to remain united, live peacefully and shun all tendencies capable of plunging the nation into chaos and anarchy as the 2023 general elections approached.

The News Agency of Nigeria reports that a detachment of police personnel conducted the parade while another medals parade was held to honour officers and men of Operation Hadin Kai involved in the fight against insurgency.

The personnel were honoured for their gallantry and sacrifice in various operations against insurgents in the state.