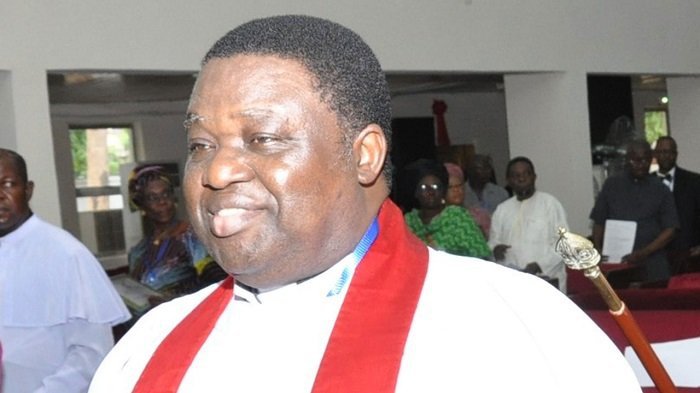 The Anglican Bishop of Ihiala Diocese in Anambra State, Rt. Rev. Israel Kelue Okoye, has called on government at all levels to eliminate financial wastages in whatever form and increase the salaries of workers, saying the debacle over minimum wage implementation in Nigeria was unnecessary.
The observation was contained in his presidential address presented at St Mary’s Church, Isseke in Ihiala Local Government Area of Anambra State during the second session of the third synod of the diocese.
Bishop Okoye noted that market forces, coupled with greed and financial rascality will continue to devalue any amount paid to workers until leaders device means of liberating the country from dependency and economic parasitism to developing the productive sector of the economy.
According to him: “One issue that has not been given proper attention is why the value of Nigerian money cannot compete favourably with other currencies that dominate the world market.
“As long as market forces influence the value of a currency, countries like Nigeria that are not competitively productive cannot make a head way with their currency.”
Commenting on the 2019 general elections, Okoye hinted that a dangerous trend is fast developing in the country following the political build up and permutations that usually characterise election years, calling on the the Independent National Electoral Commission and security agencies not to be tools in the hands of politicians.
The Ihiala Diocesan Bishop said the “spate of manipulations, protests, violence, vote-buying and defections that characterise the party primaries and other activities associated with the 2019 elections in Nigeria put to rise of the locusts that surge aggressively towards 2019 elections.
“It is starkly incontrovertible that many Nigerian politicians have no passion for the well-being of the people.
“Parasitic politicians are now hovering all over the country, promising the best of paradise to the electorates and distributing money to people. They are both enemies of democracy and the people and electorates must rise to the challenges before us.”
The fiery preacher talked tough on the continuous delay in release of Leah Sharibu, who is still in the hands of her Boko Haram abductors, describing such as a show of shame and dent on the image of the Federal Government even as he called on God to intervene in the case.
Speaking on the theme of the synod: “Where are you?” taken from Genesis 3:9, Bishop Okoye noted that the devil is leaving no stone unturned to derail God’s people from biblical Christianity, adding that God raised a growing population of people who fake His gift, while some resort to occultism and other immoral acts to serve Satan.
He said: “As poverty spreads with rapidity, fraudulent activities being done in the name of Jesus Christ and Christian homes fast losing their spirituality, God persists in asking those for whom Jesus Christ shed his precious blood: Where are you?”
He however called on Christians to strive always to stand on the truth as sanctioned by the word of God.
In a synod lecture, entitled: “Strategies for raising a self sustaining church,” delivered by a politician of note, Chief Emmanuel Iwuanyanwu, the church all over the world was called on to make effort in addressing the needs of the congregants rather than dwell in preaching only salvation.
Iwuanyanwu also suggested that every diocese should establish a special department on employment of youths and skill acquisition, which he said is achievable if churches work with government agencies and parastatals.
“Every diocese should have business department where some organs of the church can make investment,” he suggested.