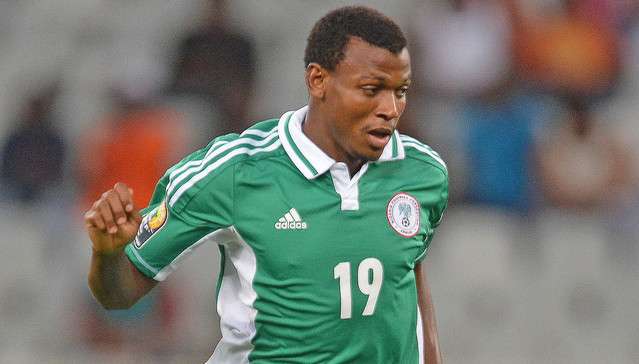 Share
Facebook Twitter LinkedIn Pinterest Email
Nigerian international Shehu Abdullahi is attracting interest from Birmingham City.
The 24-year-old midfielder is in the final year of his contract at Cypriot club Anorthosis Famagusta and will be available for around £500,000 in January.
Abdullahi is a regular for his country and recently helped the Super Eagles qualify for the World Cup in Russia next summer.
And Blues could be ready to pounce as they look to lift themselves off the bottom of the Championship table with clever investment next month,
Boss Steve Cotterill recently admitted that Blues would not be paying over the odds for players in January after an expensive summer in the transfer market under former manager Harry Redknapp.
He also suggested that loan signings might be the way forward to help keep Blues in the division.
Anorthosis Famagusta are looking to cash in on Abdullahi as they risk losing him for nothing next summer when his contract expires.
Anorthosis Famaqusta Birmingham City FC Shehu Abdullahi
Share. Facebook Twitter Pinterest LinkedIn Tumblr Email