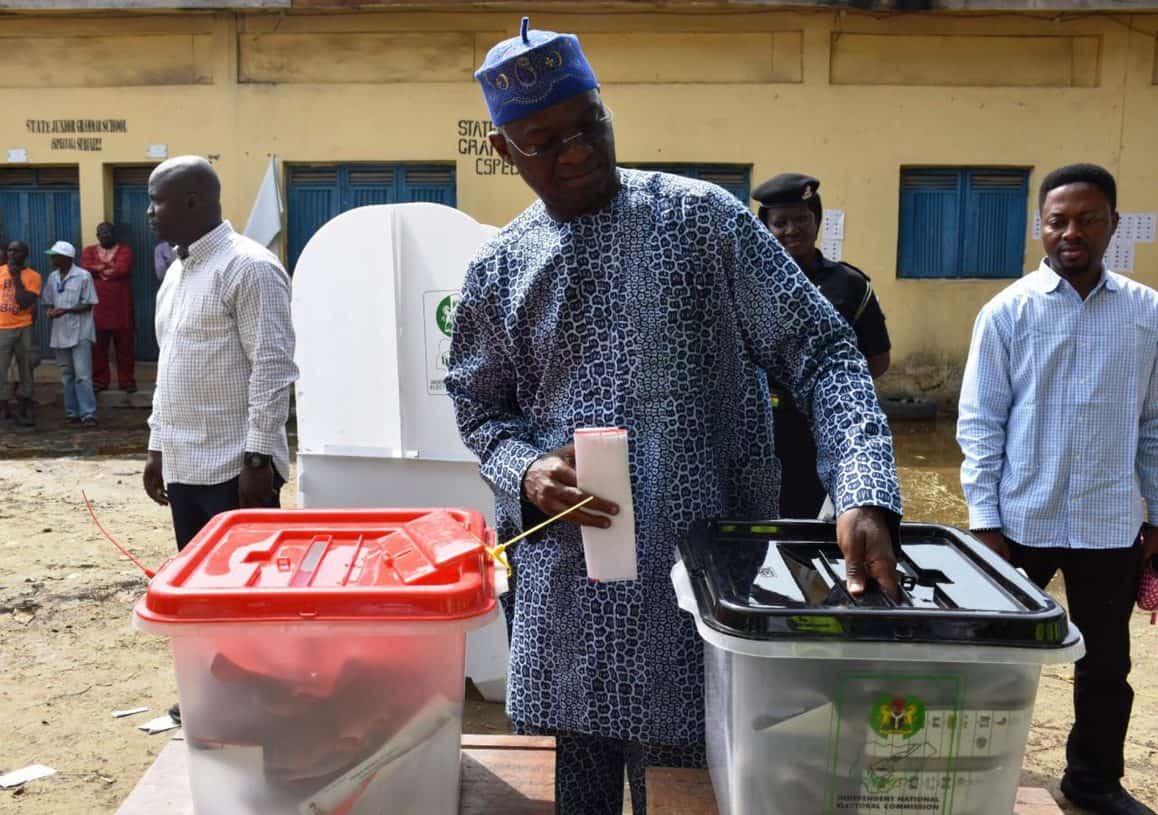 The Lagos State House of Assembly on Monday read for a second time a bill that seeks to repeal the law which grants pension and other emoluments to governors and deputies after leaving office.

The new bill, which was debated on the floor of the House at a sitting presided over by the Speaker, Rt. Hon. Mudashiru Obasa, is titled: “A Bill for a law to repeal the law to provide for the payment of pensions and other fringe benefits to public office holders in Lagos State and for other connected matters.”

The lawmakers argued that it would not be too good to repeal the law in its entirety as there were some important sections and stipulations that should be considered.

Speaking concerning the bill, Hon. Oluyinka Ogundimu (Agege 2) explained that it is to ensure the stoppage of pensions to governors and deputies when they leave office, adding that this decision was in consideration of the country’s current economic challenges.

Ogundimu argued that the governors and their deputies and other such political office holders should be made to enjoy some benefits no matter how little.

He also argued that the bill should be amended in such a way that it would not throw former political officers to security challenges since if the original law is repealed, it would mean withdrawing all security agents and domestic staff earlier attached to them.

On his part, Hon. Gbolahan Yishawu (Eti-Osa 2) noted that the parliament has the power to make and review laws, especially where it includes one like the pension bill that was passed 14 years ago and needs to be looked at again.

He said the objective of the bill as raised by the executive is to ensure that the state begins to look inward in relation to the cost of governance.

Yishawu added that by virtue of his position as chairman of the committee on economic planning and budget, he has had the opportunity to check the finances of the state and would say Lagos is not very rich, but only has people who effectively manage its resources.

He also agreed that the security of the lives of such political office holders when they leave office should be considered, urging that the bill be committed to a committee.

Contributing, Hon. Rotimi Abiru (Shomolu 2) said he supports an amendment to the law instead of a repeal.

Abiru said: “For a person who has served as chief executive of a state, I do not think it is nice denying them their benefits.

“I can appreciate that some of them move to other appointments. For these people, there can be a caveat. But for those who serve in that capacity and do not have any other thing to do after office, it may not be something elaborate, but something may be coming to them periodically.”

Hon. Tobun Abiodun (Epe 1) said he does not subscribe to a total repeal of the law because it would give room to corruption in office.

Abiodun said provisions should be made available to governors, deputies and possibly speakers after they leave office.

While rounding off the debate, Speaker Obasa observed the questions and suggestions raised by the lawmakers.

He also supported arguments that repealing the law in totality would expose former governors and deputies to security challenges.

“I don’t think we should trash it in totality,” he said as he committed the bill to the House Committee on Establishment with a two-week mandate for a report to be submitted.