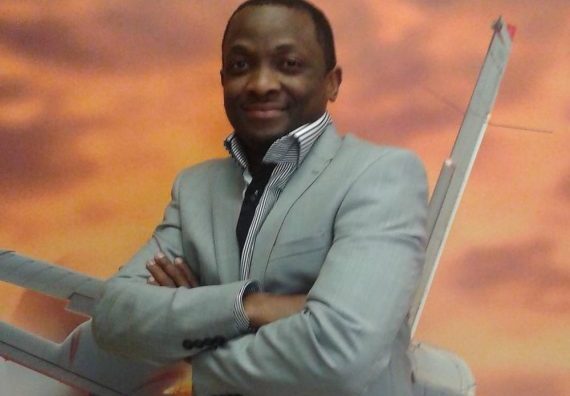 Cutting edge professionals always stand out!
Many years back, Tony Elumelu, the current Chairman of the United Bank for Africa PLC, was coming to London for a conference. I had a contact with his office, and he asked that I meet up with him at the Dorchester Hotel in London.

Apparently, he had seen my CV and wanted to hire me as an expatriate to Nigeria. It was not a UBA at that time, but STB.

Well, I went from my base in Aberdeen to meet up with him at the Dorchester in London. Upon my arrival at the Dorchester, he asked me to come straight to his hotel room. He was with two other men in the same room, and we exchanged pleasantries. Then, we went straight to the business. At the end, he gave me an offer on my terms.

Continuous improvement makes you highly competitive
Now, a couple of years before that time, I was still in Nigeria, and had applied to work with STB in Lagos, Nigeria. I got to the interview stage, but was not successful. Now, what had changed? Capacity. I had pushed myself harder and further. I had worked with the world’s biggest diamond mining company, “De Beers”, I had obtained an international MBA; and had obtained another international degree in systems engineering; had pushed myself by the grace of God to do some other things. So, these were the game changers. Capacity had expanded. Rather than begging to be employed locally in Nigeria, the chairman was now recruiting me himself as an expatriate. But, one thing led to another, and I didn’t return to Nigeria again. Thank God I didn’t, because if I had, I wouldn’t be in ministry today.

What’s your Unique Selling Point?
Here is the lesson in this story. A lot of us are still not ready for strategic appointments. You think you’re ready, but you are not. I looked at Dr Okonjo Iweala’s resume, and I cringed. You think she just got the WTO’s DG job by prayers and fasting alone? Of course, God’s favor was with her. But she’s got a PhD from Harvard, and had been a top executive with the World Bank, and had been Nigeria’s minister of finance, among others. The CV was solid. A lot of us want the glory of Dr Iweala, but do not want to hear her story. Sorry. No stories, no glories. She has come a long way with decades of hard work across the globe. What is that thing that stands you out from the crowd?

Are you a mediocre or a professional?
Some of us can’t even write a formal letter without errors. I have told the story about how a group of people I employed in Nigeria helped to terminate an international research project we were contracted for, despite all efforts to make them do the right thing. These were MSc holders, who were actually on their PhDs program at that time. They were plagiarizing contents, and submitting them to an international audience, contrary to prior warnings. Sadly, the contract was terminated, and subsequently, I terminated their own contracts too. Interestingly, a couple of them have been pleading with me privately to help them secure another job. After you have ruined a major international research contract? That is what mediocrity does to people.

You must be strategically prepared for the next level
To my African Christian brothers and sister, many of us think that God just opens doors and dumps unprepared people into strategic positions. This is unfortunately due to some of the teachings we’ve received. I want you to show me a pilot who only got that piloting job with Air France without going to school, but by favour. You better wake up and take your education and exposure more seriously.

Don’t just be the best, beat the best!
When the Lord called me into ministry, I made up my mind that I would be the best for the Lord. I bought books to an extent that my wife began to complain that I was spending all the funds needed to run the home on books. UPS, DHL and others were regular guests in our home, and even till date. I read and studied the bible to a point that when I prepare messages, I rarely checked the bible for references. Most of the scriptures needed for that topic are in my head. I am surprised myself, thanks to the decision to stand out. I would write a 2-3 page messages and would supply all the scriptures for the message without even checking whether they were right or wrong. I would be so sure that my scriptures were right and during the ministration, everything would be accurate.

Prior preparation prevents poor performance
I had so much studied the bible that when I am teaching about any subject, all of the relevant scriptures had stuck to my head. That is what preparation does. And till date, I still do exactly the same thing. This year alone, I have already bought about ten books from different authors. Why? I don’t play games with my ministry. So that the day world leaders call me to come and speak to them for 15 minutes, I would not be scratching my heard–looking for what to say.

Prayers cannot compensate for mediocrity
Miracles are the options when principles fail. So, you don’t fold your arms and remain a mediocre when you have all the brain and resources to study hard, and then you want to secure an international appointment with Dell by miracles–and you’re competing with graduates from Yale and Stanford. You better sharpen your professional axe and get it to a cutting edge, and never think that you can use prayers to compensate for mediocrity.

Christianity not a platform for mediocrity, laziness
Many of us have not killed lions in the private, but we want to kill goliaths in the public. Christianity is not a platform for mediocrity and laziness. Make up your mind to be the best in your chosen career or area of calling, and pour every fiber of your being into preparing yourself very well. Grace does not raise lazy people. Do a very honest and dispassionate inventory of your skills and qualifications. Can you compete globally in your field? Some of us do not have the capacities to handle global appointments. We’re praying hard, but do not have that capacity yet. At the moment, we’ve only got local capacities, and local capacities cannot solve global adversities. Tune up yourself. Maybe, you only need an MBA to get to that next level. Maybe you only need a major professional certification to go global. Go for it. You can do it!

. Dr. Akerele, a leadership and system development strategist and minister of the word, holds a doctorate degree in employee turnover and human capital development from the prestigious Edinburgh Business School, Edinburgh, Scotland. He is based in Canada and can be reached at: [email protected].