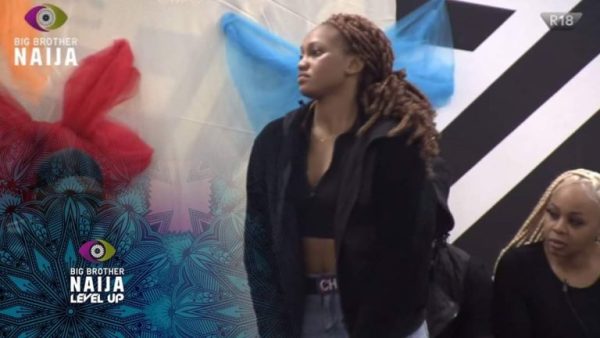 Chomzy’s Africa Magic exit interview is currently making the rounds after a comment she made about her eviction got misinterpreted by fans.

In a clip from the Ebuka Obi-Uchendu headlined interview, the ex-housemate commented briefly about being out of the house because fans did not vote for her.

“Hi! It’s your girl Chomzy. I’ve left the house, you guys didn’t vote for me and now I am out,” the clip began. Fans of the show have since criticized the reality star for making the seemingly entitled comment. Chomzy was evicted alongside Eloswag and Doyin in week eight.

The housemates, however, got to enjoy the luxury of another week on the show as Big Brother’s guests.

They eventually exited the show last Sunday with Allysyn and Dotun. With five housemates officially out of the house, the season now has eight housemates running for the N100 million grand prize.