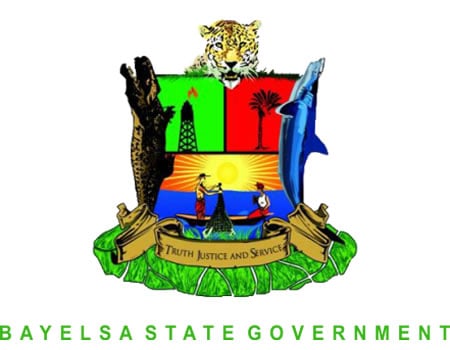 The newly elected Governorship candidate of PDP in Bayelsa, Sen. Duoye Diri, on Wednesday thanked the party delegates, party leaders and members for electing him as the flagbearer for Nov. 16 election.
Diri, who represents Bayelsa Central at the National Assembly, expressed his appreciation in a statement by the Duoye Diri Campaign Organisation, made available in Lagos.
The News Agency of Nigeria reports that Diri had on Wednesday emerged winner of the party governorship primary election in Bayelsa.
The Governor Darius Ishaku-led PDP Bayelsa State Governorship Primary Committee conducted the exercise at the Dr Gabriel Okara Cultural Centre, Yenagoa.
The exercise, which began at 11:30p.m Tuesday night ended at 5:00a.m on Wednesday.
Diri had defeated 19 other aspirants to clinch the party’s ticket for the November 16 election in the state.
The organisation said it was humbled by emergence of Diri as the party’s flagbearer, adding that the victory could not have been possible without the support and solidarity of the delegates.
It also thanked all the party leaders and members for their supports during the primary.
While commending Governor Seriake Dickson for his display of leadership quality, the organisation also lauded the Ishaku-led electoral committee for a job well done.
It said: “We are humbled and elated by the massive show of solidarity and the sacrifices made by the delegates to ensure that the distinguished Senator emerges victorious in what has gone down as the most competitive governorship primary in the state.
“Our heartfelt gratitude also goes to our amiable leader, Seriake Dickson, Governor of Bayelsa, for his display of uncommon political leadership and sagacity.
“We also commend the national leadership of our party and the Governor Darius Ishaku-led committee for a job well done, especially for allowing a level playing ground.
“We appreciate PDP leaders and stakeholders, women, youths and Bayelsans for their support, prayers and wise counsel since we began this journey to move our state to greater heights.”
It also acknowledged the efforts of other aspirants for giving their best shot for the ticket.
It said: “Our victory is a collective one; so, we enjoin them as true party men to stand with us as we move closer to make this project a reality.”
The campaign organisation said it would in the coming days visit communities across the eight local government areas to present to the people the candidate’s plan for the state in the next four years.