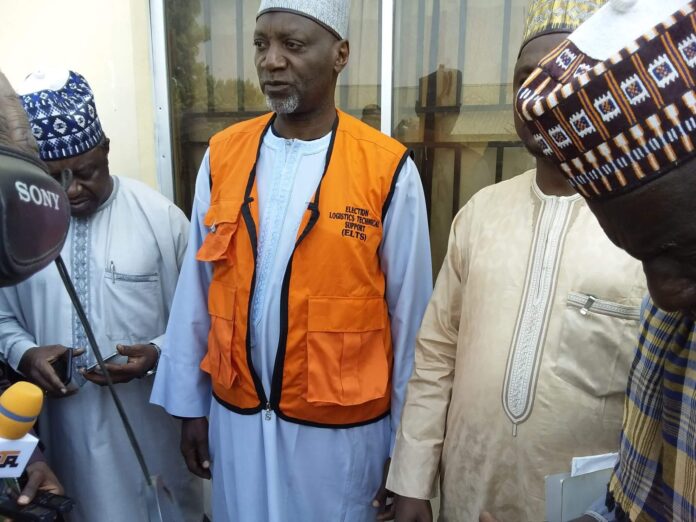 The Independent National Electoral Commission in Bauchi State has described the ongoing supplementary and rerun elections in Zaki and Gamawa councils as an improvement over the 2019 polls.
The Resident Electoral Commissioner in the state, Alhaji Ibrahim Abdullahi, stated this on Saturday while fielding questions from newsmen in Gamawa.
Abdullahi said: “The current peaceful, large turnout of voters, as well as the electoral processes have shown that there is improvement compared to the last elections.
“The process is 90 per cent peaceful; there is large turnout of voters and there was no reported case of votes buying and other electoral malpractices.”
He assured that INEC would continue to improve on its system to ensure that it excelled during subsequent elections.
Abdullahi also commended stakeholders, security agencies, the media and electorates for their cooperation.
Alhaji Awal Jatau of the Peoples Democratic Party, Tata Umar of the All Progressives Congress and 19 other candidates are participating in the supplementary polls of the House of Representatives for Zaki Constituency.
Madaki Gololo of the PDP and 20 other candidates are contesting for the Gamawa House of Representatives seat, while Mohammed Garba of the APC had earlier been excluded from the race by an election tribunal.
NAN recalls that the Court of Appeal, Jos Division on November 14, 2019 sacked APC lawmaker, Tata, representing Zaki Federal Constituency.
The same court nullified the election of Garba Gololo of APC, representing Gamawa Federal Constituency of Bauchi State, and disqualified him for presenting forged certificates to contest in the election.
The court also, in a consensus judgment, ordered INEC to conduct re-run election in the area within 90 days, excluding APC or its candidate from participating.

Ex-APC spokesman to Oshiomhole: You caused our loss in Bayelsa