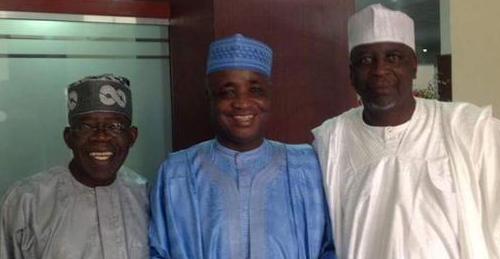 There are strong indications that a former Sokoto State Governor, Alhaji Attairu Bafarawa, may dump the Peoples Democratic Party to rejoin the All Progressives Congress.
Bafarawa, who was the leader of the APC in Sokoto State, dumped the party for the PDP when its leadership handed the party’s structure in the state to the Governor, Alhaji Aliyu Wamakko.
Wamakko had defected from the PDP to the APC alongside four other aggrieved governors of the PDP.
The others were Governor Rotimi Amaechi of Rivers State, Abdulfatah Ahmed of Kwara State, Rabiu Kwankwaso of Kano State and Murtala Nyako of Adamawa State, who has since been impeached.
Sources in Sokoto, the capital of Sokoto State, told The Eagle Online that the former governor met with a National Leader of the APC, Asiwaju Bola Ahmed Tinubu, and Wamako behind closed doors for several hours this week.
The APC, it was learnt, is trying to shore up its fortunes ahead of the February elections in the state and believes Bafarawa could be the needed edge.
The former governor could not be reached for comments as at the time of filing this report.