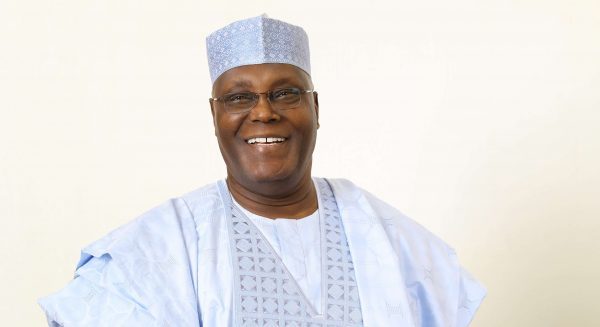 The presidential candidate of the Peoples Democratic Party for the 2019 elections in Nigeria, Atiku Abubakar, has hailed the United States of America, United Kingdom and the European Union for condemning the suspension of the Chief Justice of Nigeria, Justice Walter Onnoghen, by President Muhammadu Buhari.
Abubakar, in a statement he personally signed on Sunday, said his support for the rescinding of the decision to suspend Onnoghen was not about the CJN but the country’s constitution.
The statement reads: “Since the unconstitutional removal of the Chief Justice of Nigeria by President Muhammadu Buhari, there has been some water under the bridge that necessitates a restatement that I still completely and unequivocally reject and condemn that action and any other breach of our constitution.
“I am not fighting for Justice Onnoghen. I am fighting for the constitution. Once we open the Pandora’s Box of unconstitutionality, we cannot tell where it will end.
“This scenario appears to me like déjà vu. Under a particularly brutal military dictatorship, Nigerians witnessed the illegal and arbitrary removal of many innocent people from their positions of authority and many said nothing because they were not from the ethnic group of those affected.
“I remember speaking up then that what we know is when the rain begins, but we do not know when it will end. My warnings were ignored by some until they woke up one day and that dictator removed no less a personality than the Sultan of Sokoto.
“It is worth pointing out that Muhammadu Buhari was by his side when he did that. He obviously learned very well from his teacher.
“If they come for the heads of the legislature and we keep quiet because we are not legislators, if they came for the heads of the media and we keep quiet because we are not journalists, if they came for the head of the judiciary and we keep quiet because he/she is not from our area, there may be no one left to speak up when they come for us.
“At this point, let me commend all the Lord Justices of the Supreme Court who have heeded my call and the call of other patriots to remain united. The fact that they did not participate in the swearing-in of election petition tribunals is not lost on true democrats all over the world.
“My thanks especially go to the governments of the United Kingdom, the United States and the European Union for standing shoulder to shoulder with the Nigerian people. This is most appreciated and on behalf of the voiceless, I say thank you.
“And to those who accuse these governments of interfering, I remind them that they made no such accusations when they celebrated a statement from the US/UK/EU calling for free and fair elections in 2015, just after the postponement of the 2015 elections to make room for a final assault against Boko Haram. What has changed between then and now, except that they are now in power.
“May God bless the Federal Republic of Nigeria and may God bless all friends and lovers of Nigeria.”