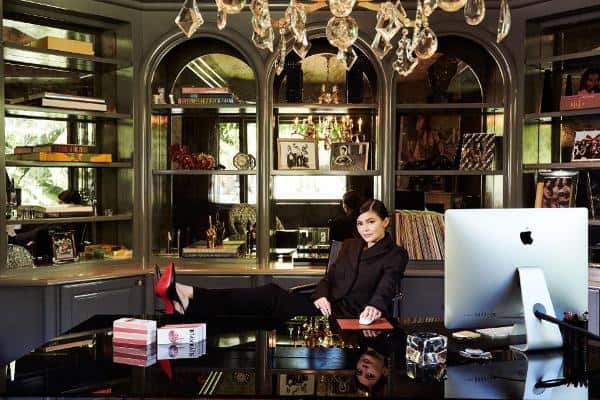 Share
Facebook Twitter LinkedIn Pinterest Email
Kylie Jenner is officially the youngest self-made billionaire of all time, snatching the title from Facebook founder Mark Zuckerberg.
Jenner, 21, was finally given the title after months of speculation on Tuesday by Forbes as it unveiled its annual billionaires list.
At 21, she is both the youngest self-made billionaire and the youngest billionaire on Forbes’ “young billionaires” list.
Jenner has amassed a personal net worth of $1 billion through her wildly successful range of make-up, Kylie Cosmetics.
She overtakes Zuckerberg, who was 23 when he made his first billion 11 years ago in 2008.
Now, he is the eighth richest person in the world with a fortune of $62.3 billion.
Jenner is the youngest in her famous, reality TV family, the Kardashians and the first to hit the billion dollar landmark.
She was surprised by the success of her cosmetics company, which was only founded in 2015 but is now worth an estimated $900 million.
Jenner, who owns a 100 per cent stake in it, has separate income from endorsements and her family’s reality TV show. She also owns an impressive portfolio of real estate.
That’s a nice pat on the back.
Kylie Jenner, who spoke on becoming the world’s youngest self-made billionaire, told Forbes: “I didn’t expect anything.
“I did not foresee the future.
“But the recognition feels really good.
“That’s a nice pat on the back.”
Jenner credits her success to her enormous social media following which ensured her customer base before she made her first product.
She said: “It’s the power of social media. “I had such a strong reach before I was able to start anything,” adding that she sees the company going “very far.
“I see Kylie Cosmetics going very far.
“I work really hard.”
Her mother, Kris, would not rule out that she may sell the company in the future.
“It’s always something that we’re willing to explore,” she said.
NAN.
Facebook Forbes Kylie Jenner Mark Zuckerberg
Share. Facebook Twitter Pinterest LinkedIn Tumblr Telegram Email