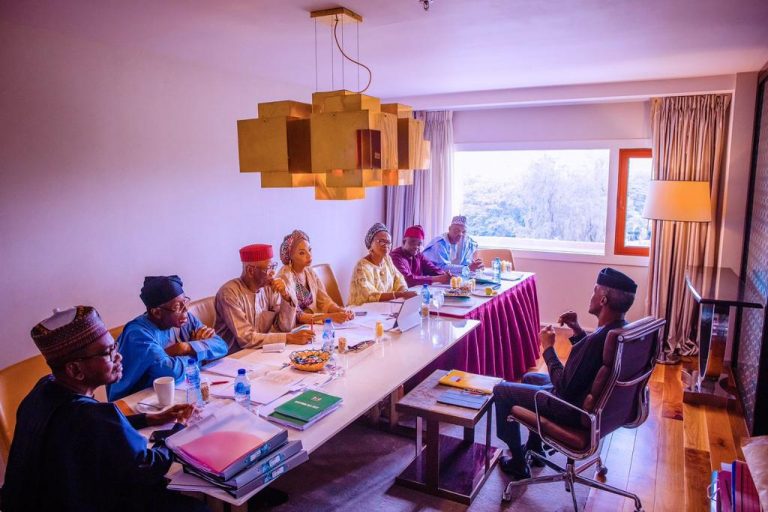 The exercise was in continuation of the screening by the Chief John Odigie-Oyegun-led APC 2023 seven-man presidential screening committee, which began on Monday.

Osinbajo arrived at the Transcop Hilton Hotel, Abuja venue of the screening in company of chieftains of the Yemi Osinbajo Support Groups amidst pomp and pageantry.

Also screened were Governor Yahaya Bello of Kogi State; Ahmad Lawan, President of the Senate; and former Speaker of the House of Representatives, Dimeji Bankole.

A total of 11 presidential aspirants are expected to appear before the committee for screening ahead of the APC Special Convention for its presidential primary slated for June 6 and 8.

Other aspirants being expected to appear before the committee include Governor Kayode Fayemi of Ekiti State; oil magnate, Tein Jack Rich; and former Minister of Science, Technology and Innovation, Ogbonnaya Onu.

The immediate past Governor of Imo State, Rochas Okorocha, was also expected to appear before the screening committee.

He is being investigated by the Economic and Financial Crimes Commission over an alleged N2.9 billion fraud.

Okorocha was granted bail by a Federal High Court in Abuja in the early of hours Tuesday.

The committee had on Monday screened 12 presidential aspirants, including Pastor Tunde Bakare and Asiwaju Bola Ahmed Tinubu, one of the party’s leaders and a two-term governor of Lagos State.

Former President of the Senate, Ken Nnamani, and Gov. David Umahi of Ebonyi State were also screened on Monday.