APC presidential primaries: Seven aspirants step down for Tinubu, one for Osinbajo 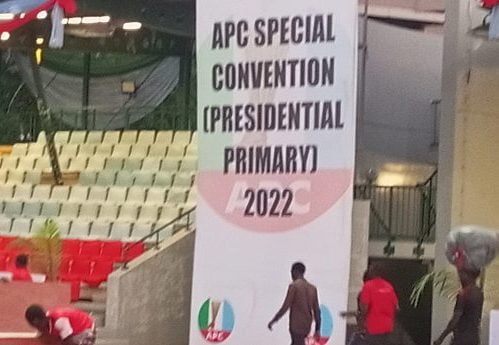 Seven aspirants on Tuesday night stepped down for the National Leader of the All Progressives Congress, Asiwaju Bola Ahmed Tinubu, in the ongoing presidential primaries of the party.

The aspirants announced their decisions in their speeches to the leadership of the party and delegates at the Eagle Square.

So also did one aspirant, Felix Nicholas, announce that he was stepping down for the Vice President, Prof. Yemi Osinbajo (SAN).

voting, which started at past 2am on Wednesday, was ongoing as at press time after a disruption occasioned by encroachment.