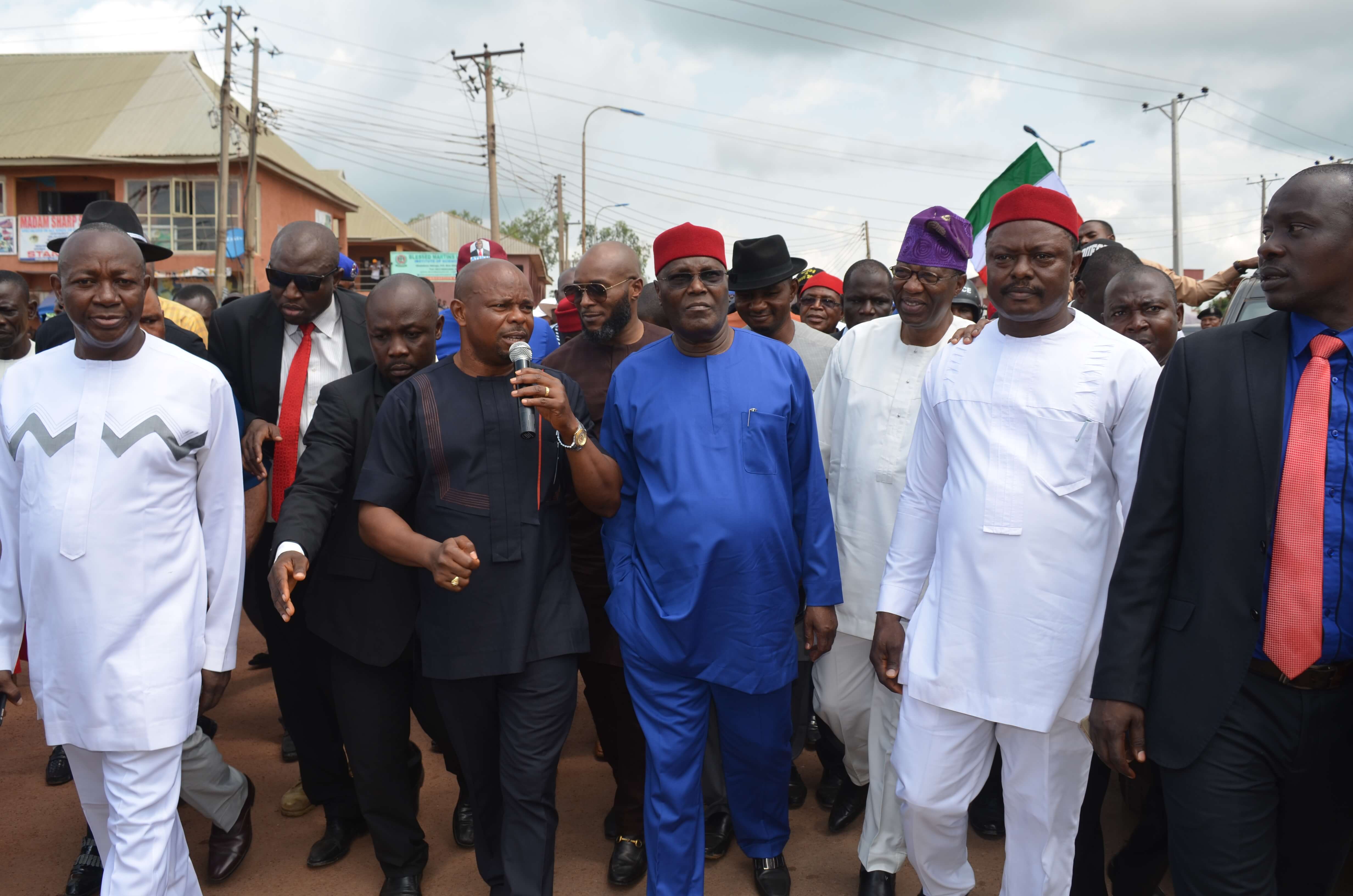 Former Vice President and Peoples Democratic Party presidential aspirant, Alhaji Atiku Abubakar, has described the All Progressives Congress as the most corrupt party in leadership since the inception of the present democratic dispensation in 1999.
Abubakar said this on Tuesday while addressing PDP faithful in Abakaliki, the Ebonyi State capital.
Abubakar emphasized that for the past 35 years, he had never witnessed the sort of economic scenario in the country as it obtains now under the APC with Muhammadu Buhari as president, adding that the party’s claim to fighting corruption was only a hoax meant to distract attention from their failures in leadership.
He assured that the PDP was poised to take over the presidency of the country come 2019 and called on party members to operate with strength and unity of purpose.
Abubakar said: “What I have seen in the last three years is what I have not seen in the last 35 years in this country.
“Therefore, we are determined, we are united and we are ready to make sure that in the next election, whether in the states, national or federal, we will kick APC out of every State in this country
“We have no reason whatsoever to experience the level of poverty that we are facing in our country today
“When we came in, in 1999, it was $10 per barrel of oil.
“The country didn’t go into recession because we knew how to manage the economy.
“So ladies and gentlemen, I want to assure you that your party is ready to take back power but we can only do so through your support and unity of purpose
“Let nobody come and deceive you on corruption.
“They are more corrupt.
“This Federal Government is incompetent.
“They are the most corrupt government since 1999 and we shall be revealing their level of corruption.”
Abubakar noted that unemployment in the country had risen to an alarming rate under the present administration, with over 11 million people currently out of job.
Abubakar, who was in the State to familiarize himself with the party members as well as express his intention to contest the 2019 presidential election on the platform of the party, observed that the Ebonyi State PDP Secretariat built by Governor David Umahi during his tenure as the State Chairma was the best throughout the country
Extolling the leadership ingenuity of Umahi, he noted that the Governor has made landmark achievements in all sectors of the State beyond his predecessors.
Abubakar said: “Let me say that one man who has succeeded in stamping his trademark on Ebonyi State is Governor David Umahi.
“Go to any landmark achievement, it is his stamp.
“If you go to infrastructure, it is his stamp.
“If you go to education, it is his stamp.
“If you go to healthcare, it is his stamp.
“If you go to pension, it is his stamp.
“I understand that even widows are being paid in this State.
“Therefore, ladies and gentlemen, I want to say that you have made a right choice.”
Abubakar urged Ebonyians to extend their right sense of judgment in ensuring that they vote PDP, come 2019, for excellent delivery of democratic dividends.
Earlier in his address, Governor Umahi had re-emphasized that Ebonyi State and indeed the entire South East would only vote for a presidential candidate who would be prepared, by negotiations, to address the concerns of the zone.
The Ebonyi State Governor, who is also the Chairman, South-East Governors Forum, decried the age long marginalization of the zone and warned that any presidential candidate desiring their vote must guarantee a positive change in their status.
He expressed his love for Abubakar whom he described as “a man at home with the people.”
He however noted that the electorate as “the real bosses of politicians” had the final decision to make.
The former Vice president was accompanied on the visit by the Director-General of Atiku Campaign Organization and former Governor of Ogun State, Otunba Gbenga Daniel; former PDP National Chairman and Governor of the old Enugu State, Okwesilieze Nwodo; and former Minister of Niger Delta, Godsday Orubebe, among others.
They were received by Umahi in company of the State PDP Chairman, Onyekachi Nwebonyi; the State Coordinator of Atiku Campaign Organisation, Emmanuel Obasi; State Executive Council members; and other major PDP stakeholders. 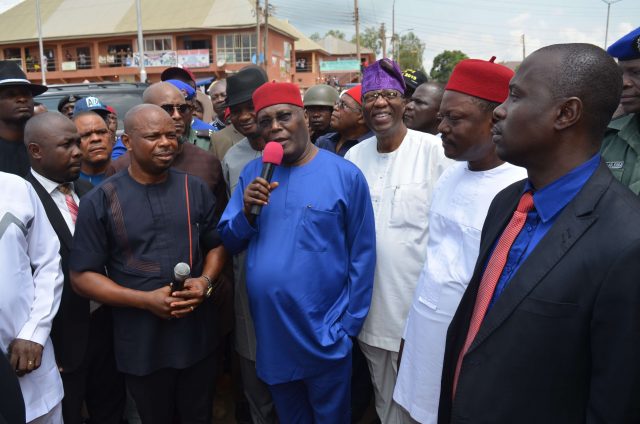 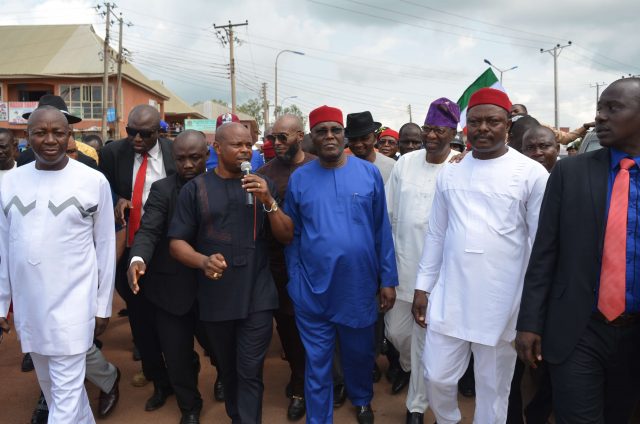