An Eagle in Nollywood, by Segun Odegbami 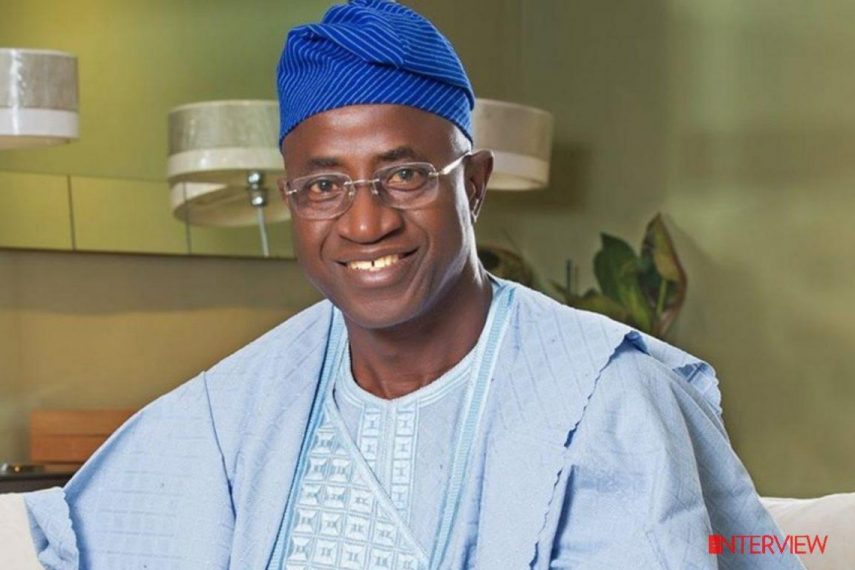 My Diary: Day 4 – Abeokuta, a town under siege!

The curtains are drawn.
The filming of Ayinla has been finally put to bed.
It lasted three gruelling weeks.

For me, however, by the time filming ended on Christmas Day, it had only being my fifth full day on the set of what would produce my moment of glory, my final baptism into Nollywood.

On Boxing Day, at my insistence,Tunde Kelani, TK, immediately went into “self-isolation” to catch his breathe, catch up with sleep and recover from the mixed bag of the good and the ugly of experiences whilst filming. Stress and satisfaction found common ground on this his most challenging of works. Filming in the midst of a global pandemic cannot be anything but a challenge of monstrous proportions.

One week into the filming, the arrival of Kunle Afolayan, actor, filmmaker and cinematographer, to Abeokuta to play his role in the movie provided a great lift for TK. Kunle arrived with refreshing energy, charisma and vivacity. Almost effortlessly, he charmed his way into the hearts of those watching the quintessential actor in his best elements as his role was knitted together, scene by scene, like a complex jig saw puzzle.

Kunle is no stranger to Abeokuta, but he had not worked there in recent years, at least.  He fell in love with the town all over again for its scenic beauty, and told TK that his next movie, titled: “Swallow,” still on the drawing board, would be shot in the “City under the Rock”.

That was all before he got down to filming his parts in Ayinla.

After 12 days of sharing in TK’s experience and having a taste of the reality of a new Abeokuta under Coronavirus, in the morning he was to leave town, he announced that he would be taking the new movie anywhere else, but Abeokuta. He had changed his mind about the town. What he experienced, first-hand, and saw beneath the calm exterior, the quiet streets and the peaceful ambience of Abeokuta were ordeals. Miscreants and hoodlums may now be holding the town by the jugular.

They were everywhere, lurking at every location, like leeches. Their daily demands of “filming rights” are presented as threats and warnings of dire consequences should their illegal demands not be met.

In the absence of any form of protection by the Police (rendered impotent since #EndSARS), the miscreants became a law unto themselves. If TK could have aborted the filming at a point, so frustrated was he that he would have. He did not.

Kunle saw all these and decided Abeokuta had become a no-go area for a serious movie producer, for now. The risks are not worth taking. Abeokuta is under siege!!  Abeokuta, today, is like a girl, a figure-8, 10-over-10, beautiful on the outside, but a simmering volcano on the inside. It took the filming of Ayinla for us all to see beneath the superficiality of life on the streets, the amount of unseen damage that the pandemic and other social ills are wreaking to shatter the innocence and the magic of this once enchanting town. TK’s dream was to use Ayinla to “sell” Abeokuta to the world as the new Mecca for foreign film makers in Nigeria.

Only Jos, in Nigeria, can compare with Abeokuta in terms of the natural and physical environment for some kind of movies. Jos sits in a trough some 2000 ft above sea level, ringed by dark, rocky hills with magnificent boulders sprinkled like spaghetti all over the place, a very temperate climate, rich fauna and flora, beautiful lakes scooped out from the earth by tin miners, and waterfalls cascading from the rocky hills into rivers in the outskirts of the town.

In terms of topography. Abeokuta comes second to Jos, but more than make up the shortfall in geography with richer historical landmarks, structures and culture. Indeed, Abeokuta could be a cinematographer’s paradise.

A few nights ago, TK called to tell me that Kunle Afolayan has again changed his mind. Like a pregnant woman that gives birth and immediately forgets about the pain she goes through, the allure of Egbaland has made Kunle to change his mind again – he is returning to Abeokuta to shoot: “Swallow.” This time, he would come prepared to take on the menace and nuisance of the hoodlums and miscreants all over town.

The best night of TK’s filming almost turned out to also be a nightmare. It was the filming of a major scene at the famous Centenary Hall, Ake, the historical and cultural landmark of old Abeokuta, venue of many epochal events in the days of yore. To be able to use the hall, TK did a cosmetic refurbishment and restoration. Fresh paints, new rugs and excellent lighting did the magic, and the whole of Abeokuta knew something big was happening.

Like locusts they descended. Every area boy in that part of town used the opportunity to feed their extortionist appetites. TK paid through the nose that night. Despite that, there were fights between the different groups of miscreants, some of the art works on the walls went missing, chairs and tables were upturned and filming was disrupted intermittently for hours. Some calm finally returned at the end of the day, and even TK was over the moon with the pictures from that unforgettable night, where scripted plot and unscripted reality blended to make Ayinla Omowura’s concert at Centenary Hall a scene in the movie that is a must-watch for the world when ‘Ayinla’ is finally released.

I have one more entry to make in my diary. That will be Day 5. It will answer the question: What happened finally when the Eagle finally landed on Planet Nollywood?

Keep a date with me on Friday.

The god of Wike, Buhari is alone and other illusions (1), by Hassan Gimba