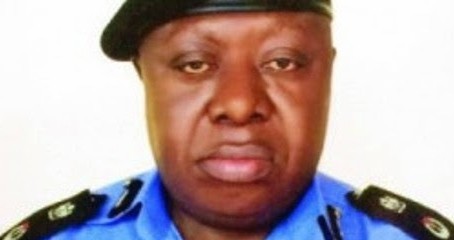 The Commissioner of Police, Rivers State Command, Dan Bature, has reacted to a statement credited to the state Governor, Rotimi Amaechi, that the state police command was exposing the governorship candidate of the All Progressives Congress, Dr. Dakuku Peterside, to assassination.
Bature said in Port Harcourt on Wednesday that Amaechi was accusing the police because of its refusal to grant the state government’s request to release criminals involved in cases of murder.
Amaechi had raised the alarm over the plot by the Peoples Democratic Party to assassinate Peterside.
He also expressed lack of confidence in the police in the state.
The governor had accused the police of working for the PDP, saying while policemen attached to APC members had been removed, those attached to their counterparts in the PDP remained intact.
But Bature said the police had merely replaced the C4I operatives around Peterside with men of the Special Protection Unit.
The C4I is a special police unit created to combat violent crimes in the state.
Bature said he was surprised that Amaechi could interpret that to mean withdrawal of police protection for the APC governorship candidate.
He described Amaechi’s allegations as false and delicate.
He said: “The Rivers State Police Command is once again constrained to respond to the spurious and wispy allegations against it and the false alarm raised by His Excellency, Rt Hon. Chibuike Amaechi, the Executive Governor of Rivers State, to the effect that the Command exposes Hon. Dakuku Peterside to danger by withdrawing policemen attached to him, and unsubstantiated killings and plan to arrest supporters of his party.
“It is strongly believed that the vituperations are frustrating signs of the government’s inability to pressure the Command to release hardened criminals involved in heinous cases of murder, deadly cult activities, unlawful firearms possession, kidnappings and sundry acts of lawlessness that ordinarily would have been charged to court, but for the industrial action of the Rivers State Judiciary.
“Redeployment of C4I Policemen from Hon. Dakuku Peterside to their traditional duties of fighting violent crimes and their immediate replacement with the elite Special Protection Unit has now been attributed to withdrawal of the policemen attached to him.
“Cases of cultists-related clashes that sometime resulted in deaths have suddenly been attributed to killing of political party supporters. The alleged killing of seven supporters of a political party is not only unfounded as the Command has not received such report.
“What a mathematical wonder! Six suspects arrested and charged to court for unlawful possessions of firearms have now become over 400 supporters of a political party in our custody.
“The allegation of the purported plan to arrest 307 leaders of a political party is nothing but a ruse to whip up public sympathy. The Command has no plan to arbitrarily arrest anybody. Anyone who is not planning to cause or foster violence or breach public peace has no cause to fear or raise false alarm.”
Reacting to the CP’s statement, the Commissioner for Information and Communications, Ibim Semenitari, said Bature was economical with the truth.
Semenitari said: “The Rivers State Commissioner of Police is economical with the truth. Everybody knows that Amaechi cannot support the request that hardened criminals should be released from police custody.
“Amaechi refused to support amnesty programme because he was not in support of pampering people who have committed crimes. The whole world knows that Amaechi does not condone crime.
“It is uncharitable of the CP to say such a thing about the governor. He (Bature) should focus on the issues. Does the CP mean that the only criminals in Rivers State belong to the APC?
“The fact of the matter is that the police in Rivers State are arresting innocent people for no reason and try to hang charges on them. The police are arresting members of APC in Rivers State for no reason.”
The Punch.